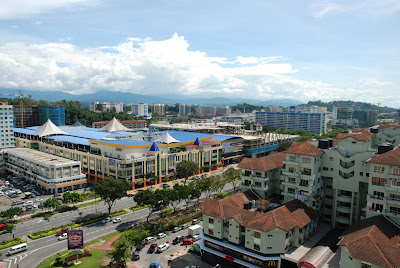 A STATEMENT by the Oxford Business Group on December 19 indicates  solid investment figures and stable economic growth for Sabah in 2012, thus earning the State government much praise for the state’s financial management. Oxford Business Group noted that the state’s focus would shift towards the implementation of  the programmes covered by the 2013 budget designed to build on the past achievements.

In November, Deputy Prime Minister Tan Sri Muhyiddin Yassin viewed Sabah’s financial performance as “extraordinary”, stating that some 26 per cent (RM255.7 million) of the overall figures for the country’s rural transformation program was invested in more than 2000 transformation projects.

He said the state investment momentum continued, reaching RM4.84 billion from January to September, which is the second highest total among the other states in the country after Selangor.

Since the launch of the Sabah Development Corridor in 2008, some RM114 billion worth of investment has been recorded in the state, which aims to triple the state’s GDP per capita and increase total GDP four-fold by 2025.

Sabah Chief Minister Datuk Seri Panglima Musa Aman, who is also the State Finance Minister, noted that some US$20 billion worth of oil and gas projects had been implemented in 2012.

“The incentives will vary based on the focus areas, offering incentives such as full tax exemption on statutory income for up to 10 years, investment tax allowance of 100% on qualifying capital expenditure for five years, and full exemption on import duty and sales tax exemption, subject to current policy,” Musa said.

In recent months there has been heightened interest in major chemical and bio-organic industries at the state’s Palm Oil Industrial Clusters in Lahad Datu, including the RM4.5 billion fertiliser plant planned by Petroliam Berhad company (Petronas). The plant is expected to almost double its fertiliser output from 1.4 million tonnes to 2.6 million tonnes annually.

Sabah is also regarded as the world’s third largest producer of palm oil, with some 1.36 million hectare under cultivation and RM16.75 billion worth of palm oil exports for the first nine months of 2012.

Meanwhile in the manufacturing sector, the Malaysian Investment Development Authority (MIDA) revealed in September that the sector has received RM4.8 billion in investments during the first nine months of 2012 compared to RM921.4 million in 2011, making Sabah the country’s second-most preferred investment destination for manufacturing activities.

The state government tabled its largest-ever budget in October, 2012 totalling RM4.09 billion with some RM764 million allocated to the construction of roads, bridges, ports, harbours and rail service. There are also plans for a public transport system to be built in the capital, Kota Kinabalu, as part of Federal Urban Transformation Plans.

Musa expected the State’s economy to grow  five to six per cent compared to an average growth of 5.3% between 2007 and 2010, which is 1.1% higher than the national growth rate over the same period.

The State’s fiscal performance has also received good reviews with a “AAA” rating from RAM Rating Services for a fourth consecutive year.