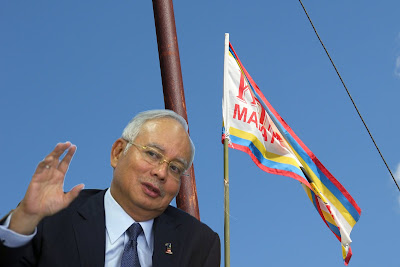 KOTA KINABALU: Parti Bersatu Sabah (PBS) has reminded Sabahans that never before have they had such a “high representation” in the federal cabinet, including leaders from the KadazanDusun and Murut (KDM) communities.

PBS information chief Johnny Mositun pointed out that Barisan Nasional under Prime Minister Najib Tun Razak had been inclusive and had given every community a hand in policy-making and governance of the country.

“Just look at the representations in the federal cabinet. Of the three Sabahan federal ministers, two are KDM (Dr Maximus Ongkili and Bernard Dompok). Joseph Kurup is also a KDM and he is a deputy federal minister.

"We also have Anifah Aman as Foreign Minister, Rosnah Abdul Rashid Shirlin as Deputy Health Minister, Rahim Bakri who is a deputy federal minister and V K Liew as Deputy Minister in the Prime Minister’s Department,

“Even the Attorney General (Abdul Gani Patail) is Sabahan. In fact, Sabah’s high representation in the federal cabinet was unprecedented.”

He said Najib had in fact fully acknowledged the importance of Sabah and the KDM community.

“Sabahans in particular the KDMs will lose all this representations if the opposition comes to power.

“The opposition’s main objective is to make Anwar Ibrahim the prime minister. This is all the opposition wants.

“They will make all sorts of promises to get support for this mission but once that is achieved all these promises will soon be forgotten,” he said recently when addressing the PBS Bongawan Division annual general meeting.

Mositun urged its members not to gamble away the KDMs future by voting for Anwar-led Pakatan Rakyat.

“Political strength is essential for making difficult decisions to keep the nation united and on course and BN has this.

“Malaysia is facing so many uncertainties on the global and domestic fronts so we cannot afford to experiment with our domestic politics,” he said.(FMT)