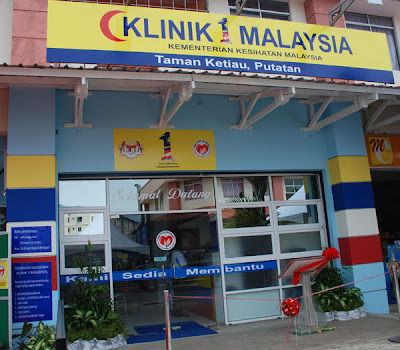 ACCORDING to  government sources there will be  23 1Malaysia clinics in Sabah before the year ends. The 19th of these clinics was launched at Kampung Likas by Datuk Jainab Ahmad Avid, Assistant Minister of Resource Development and Information Technology recently, while the remaining 5 are still under construction.

When launching the clinic Datuk Jainab said the 1Malaysia clinics first started in Tanjung Aru, then Kepayan, Telipok and Sipitang which were expected to open soon, including several more in Beaufort, Kinabatangan, Kota Belud, Lahad Datu, Pitas, Sandakan and Tenom next year.

Jainab who is also the Karambunai Assemblywoman said that the healthcare clinics were to help improve the health of thousands of low-income people across the state, especially those in urbane areas, who are often faced with financial difficulties because of the higher cost of living.

She said that with the government providing healthcare through 1Malaysia clinics many single parents, the disabled, labourers with low wages and everyone else with little or no income including their families will benefit from the 1Malaysia clinics.

Sabah Deputy Health Director Dr. Jamail Muhi has also expressed a similar view. In his statement made a day after the launching of the Kampung Likas clinic. He told reporters that it was a good approach to place 1Malaysia clinics in the suburban areas. Access to health services will be easier. It also means that residents would not need to travel long distances to the hospital in the City.

The 1Malaysia clinics also come in handy for people who suffer from illnesses that require frequent treatment. The Putatan Jaya 1MC also functions as a treatment center for people suffering from tuberculosis. Instead of having to go to the health clinic in the city, patients can go to the 1MC instead.

The services include free treatment for senior citizens at all clinics. Health services provided for Malaysian citizens are priced at RM1 while non-citizens are required to pay RM15. These services also cover medicines.

The 1Malaysia clinics have become very popular. In Kota Kinabalu and Sandakan, namely, Sulaiman Sentral and Bandar Leila more than a 100 people use the clinic a day.

According to report, the Putatan Jaya 1MC that opened for service on September 28 this year has already treated 880 patients, averaging 50 patients a day. (Insight Sabah)
Posted by sabahkini.net at 09:35