PRICES OF GOODS IN SABAH WILL SHOOT UP 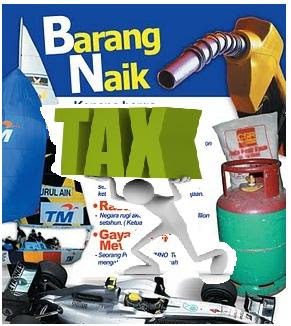 RANAU :  Consumers in Sabah should expect some unpleasant surprises as the new year sets in with the Government's plan to implement the minimum wage of RM800 per month across the board.

The direct immediate effect of this minimum wage policy, to be in force from January 2013, are an increase of production cost for all employers in the state, already burdened with the highest cost of living in Malaysia.

Please expect increases of prices of goods and services, anything from 20% to even 200% as the employers would definitely pass the cost to consumers at large.

Already we in Sabah STAR have been receiving reports from industries that increasing prices of goods and services would inevitably be an option to offset the extra cost for minimum wage of RM800 in Sabah.

Sabah consumes would be the worst affected by this policy as the gap from old wage to the new one will be incidentally the widest as Sabahans are also the least paid in Malaysia. Many employees in various sectors in Sabah are paid only a token RM400 or RM500 per month which is a very sad story indeed.

We have reports from people familiar with the restaurants, hotels, hard wares, and supermarkets sectors that prices in almost all sectors would certainly be increased. There are to be expected too that some would exploit the situation to increase cost at whim and fancies but they are expected to respond to market forces once competition set in.

We would like to know if indeed the government has finalised its decision on allowing grace period until June next year (2013) for employers with less than five employees on their payroll.

We are concerned on many fronts, while we support a higher salary for our victimised workforce, we must also have the mechanism to check employers who might try to terminate older staff and take in fresh workers in order to offset costs.

This will result in unemployment for many and would also affect the quality of services to consumers.

We are already on the receiving end of many bad things in Sabah, it is only right that the government is cautious when implementing a well-intentioned policy.