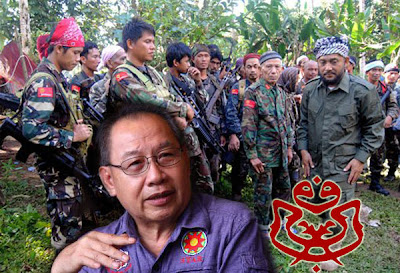 KOTA KINABALU : I have been receiving reports that some of the armed foreign men currently holed up in Lahad Datu are holding dubious Malaysian documents and in fact could be members of Umno or other Malaysian political parties.

We ask the authorities including Umno and Barisan Nasional themself to clarify on this so as to quash the rumours going around in Sabah and instill confidence in public security that this country has not been infiltrated by enemies.

There is also talks that beside women, there are old men in the armed group, and that they could be holding dual citizenship which is wrong both in Malaysia and in the Philippines.

Malaysian authorities must be decisive on this matter as security and safety of Malaysian bona fide Sabahans are at risk. Not that we will not defend ourselves in any incidence but we do not want to go to war with our neighbours.

Sabahans do not accept excuses for letting our state so vulnerable to rogue foreign incursions more so by those who claim ownership of Sabah's sovereignty.

Collaborators of any scheme that undermined our safety in Sabah should be dealt with by the people at the coming general election.
Posted by sabahkini.net at 11:08