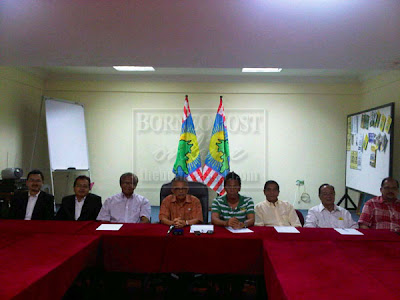 KOTA KINABALU: A group of ex-civil servants have expressed concern with the development of the Borneonisation case against the federal and Sabah state governments.

“We believe that many other ex-civil and still serving civil servants share our views and concern on this matter,” they said in a statement, yesterday.

Recently, on Feb 1, the Court of Appeal in a majority 2-1 decision overruled the High Court in Kota Kinabalu and held that the people of Sabah does not have the locus standi to sue the federal and Sabah state governments in a court of law.

The High Court in Kota Kinabalu, had in May last year, ruled that the plaintiffs, Sabahans Bernard Fung (aged 72, ex-police, Inanam) and Nazib Maidan (aged 37, ex-teacher, Sipitang) have the locus standi to take the federal and Sabah state governments to court to implement the Borneonisation of the civil service as promised in the Malaysia Agreement 1963.

“Now it seems that under the law, we the people cannot sue the federal or state government for any breach of the Malaysia Agreement or the promises contained in the Inter-Governmental Report, and that the party that has the locus standi to sue on behalf of Sabah is the Sabah state government, and not Sabahans like Bernard Fung and Nazib Maidan.

“We ex-federal civil servants in Sabah, wish to urge the people of Sabah to support SAPP to form the next Sabah government because we believe that a SAPP state government will make sure that the federal government will fully implement the Borneonisation program as promised by Malayan and British leaders before the formation of Malaysia.

“And unlike the present BN Sabah state government which refuses to do anything about the rights of Sabahans regarding the Borneonisation program, we sincerely believe that the SAPP Sabah government will go to court to ensure that the rights of the people of Sabah are protected. If need be, the SAPP Sabah government will bring this matter to the courts in the United Kingdom which has jurisdiction over the case because the British capital London is where the Malaysia Agreement was signed on 9 July 1963,” they said.