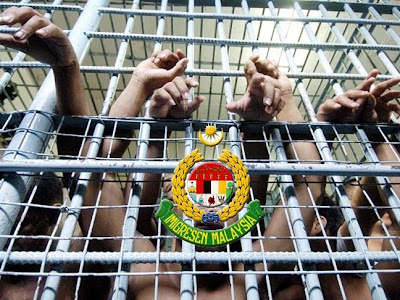 KOTA KINABALU : The Government spent about RM604.8 million to manage non-Malaysian prisoners in four prisons in Sabah sfrom 2006 until October 2012.

The statistics also showed that Filipinos made up the largest number followed by Indonesians in each of the prisons over the period.

Kalbin said according to the statistics, offences committed by them largely had to do with immigration offences, followed by national registration regulations, drugs, Penal Code, weapons and others.

He said the increase of prisoner numbers was that it caused congestion, increase in cost and health problems brought by non-Malaysian prisoners.

Another effect was that there were difficulties in carrying rehabilitation programmes as the place meant for it is used to house the prisoners.

A separate unit for hard core prisoners could also not be implemented due to be congestion.