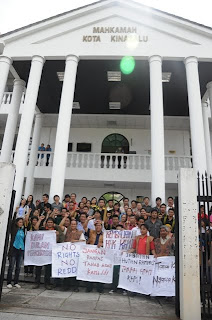 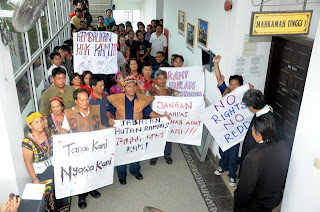 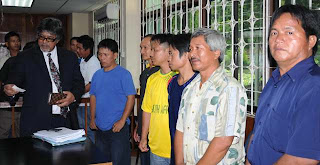 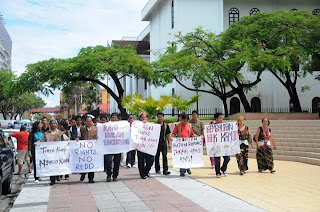 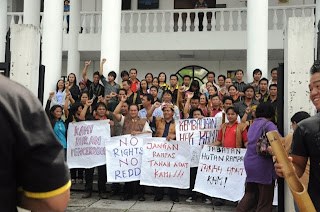 IN THE HIGH COURT IN SABAH AND SARAWAK

2. The Learned Magistrate had called all the respondents to enter their defense after finding the prosecution had proved their case. At the end of the defense case, the Learned Magistrate had made a finding that the defense had failed to raised any doubt to the prosecution’s case and therefore convicted the appellants and sentenced them to a fine of RM500.00 ringgit each in default of payment 90 days of imprisonment.

3. The appellants are appealing against the order passed by the Learned Magistrate.

May it please Your Lordship,

FINDINGS OF CONVICTION ON BOTH CHARGES

The charges against the appellants were for the offence of encroaching and for cultivating in Kuala Tomani Forest Reserve. The evidence laid down during the trial clearly had proved that the said area where the raiding team led by PW1 was at Kuala Tomani Forest Reserve. PW1 during the trial had clearly established that when he and his tem arrived at the scene they saw all of the appellants and some other people (women) were at the scene. The area was cleared out (ditebas, tumbang dan dibakar). They saw that all of the people there including the appellants were busy cultivating ie: digging holes and planting paddy seeds. They also saw two motorcycle found at the scene. PW1 and his team then seized all the items used by the appellants to cultivate the land ie; (4) asok – a traditional tool used to cultivate the land, (1kg) of paddy seeds and the two motorcycle. PW1 and his team then detained all the people including appellants and brought them to Tenom Forestry Department. PW3 in the trial gave evidence that GPS reading was taken and it showsthat the area in which all the appellants were found to be was indeed in Kuala Tomani Forest Reserve. PW6 had established that Kuala Tomani is a gazette Forest Reserve (Exh P26). The defense had during the trial amietted that they had knowledge of the land being a forest reserve when they went to see PW2 at the Forestry Department in Tenom. PW2 had established in court that he had warned the appellants not to enter the Kuala Tomani forest reserve before PW1 and his team arrested them at the scene.

I humbly submit that the Learned Magistrate had duly consider the evidence laid down before her in deciding whether the appellants had indeed encroach into a forest reserve and that they were cultivating hill paddy in the said area when PW1 and his team arrived at the said area. It is humbly submitted that all the evidence that the prosecution had showed during the trial was sufficient to prove that the appellants had committee the offence. The Learned Magistrate had also satisfied that the prosecution had proved that the said land where the appellants were found to be is Kuala Tomani Forest Reserve. This fact also never been objected by the Counsel for the defense during the trial. The act of the appellants in entering the said land even though after being informed by PW2 of the area being a forest reserves shows the ignorance on their part and still continue to enter and cultivate the forest reserve.

WHETHER THE APPELLANTS HAVE CUSTOMARY RIGHTS ON THE SAID LAND

The learned counsel contended during the trial that the appellant’s action being in the said land was not wrong as they have the customary rights which is due to the fact of the existence of burial grounds and fruit trees namely “langsat dan durian” present in the said area. They further contended that the trees which were found inside the said area were planted by their ancestors. They also contended that the burial grounds also belong to their ancestors and therefore based on this evidence they submit that the appellants’ action in cultivating the area on the said land for planting hill paddy, is their customs passing out to them by their ancestor.

Throughout the trial the prosecution has proven that the said land was a forest reserve,, this factor was also agreed by the counsel for the defense. Now we have to consider whether forest reserve can be applied for as a customary land. Throughout the trial, PW2 have made it clear that any application for Native Customary rights over any and is only applicable for application of State Land and not to Forest Reserve.

Section 2 of the Forest Enactment defined;-

State Land – means all land in the state other than a Forest reserve or alienated land.”

The counsel has submitted Section 15 of the Sabah Land Ordinance to shows that the appellants have customary rights.

“native customary rights shall be held to be:-

(a) Land possessed by customary tenure;

(b) Land planted with fruit trees, when the number of fruit trees amounts to fifty and upwards to each hectare;

(c) Isolated fruit trees, and sago, rotan, or other plants of economic value, that the claimant can prove to the satisfaction of the Collector were planted or upkept and regularly enjoyed by him as his personal property;

(d) Grazing land that the claimant agrees to keep stocked with a sufficient number of cattle or horses to keep down the undergrowth;

(e) Land that has been cultivated or built on within three years;

(g) Usual rights of way for men or animals from rivers, roads, or houses to any or all of the above.

I humbly submit that the Learned Magistrate had acted correctly in not considering that the appellants in this case have any customary rights over the said land and that is not because she did not consider of all the above but it is because she have made it clear that the native cannot claim customary right pertaining to land gazette as forest reserve. She have made it clear in her judgment that she found that there was a purpose for the Sabah Government to declare an area as forest reserve and that is for the future generation and safeguarding of the environment.