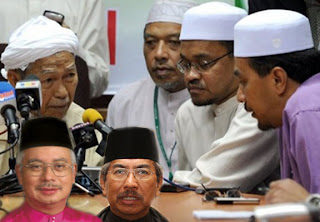 What can Malaysia contribute to assist sufferings endured by the ‘civil war’ in the Islamic World today? What are Malaysia views on these bloody wars? I’ve not heard any single voice-making assessment from Malaysia, why?

Yes wars happen all the time. Wars changed political landscape of the world. Only very few yet in the whole world has said something. Is everyone numbed as if everyone is taken up by surprise?

I don’t believe it for a moment that the upsurge of demonstrations happened by coincident. Enough warnings forewarned the Islamic world leaders for decades that they must behave. I supposed most of them are blinded believing only to themselves.

Leaders of Islamic can comfort themselves by talking artificially nicely. But physiological war may be brewing inside waiting to spark up at any moment. This is it.

By in large citizens are suppressed by those in and with power, the gap is huge between the haves and the have not. This is the price.

As such we’re (Malaysians) not excluded, mind you this is not just affecting Muslims but other religious and faiths as well.

Just and fairness to fellow humans is supposedly to be color blind if democracy were to work. Today the Sultans and Heads of country’s institutions only play minimal role in the country but if they are seen to be out of touch with reality that they supposed to safeguard, I don’t see the need to have any.

Political leaders who are mandated to represent the people, but if don’t perform; I don’t see any good reason putting them again not even as window dressing. They should be kicked out the sooner the better.