WHAT HAPPEN TO MUIS? 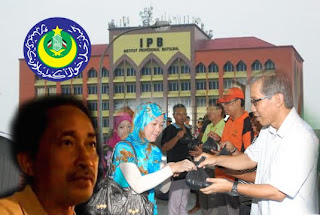 IT took nine days for the authority you respond in the of Sultan Sulu’s issue. The CID Director Datuk Bakri Zinin tells us later that the case was unique. But the time taken I think can only mean one thing to general public is inefficiency.

Now another many Muslims in the State are in fact waiting for the respond for State authority namely MUIS and Jheains with regard to the queries made by Deputy President of SAPP Tuan Haji Amdee Sidik.

Seven days ago Hj Amdee asked four questions; Who is MUIS Chairman now? What happened to the Board of MUIS, Lembaga Pemegang Amanah? What has happened to the amount of money RM400 million 20 years ago? What is the position of Baitul Mal?

Most Muslims are in the dark as to what MUIS is doing as the biggest Islamic Institution I the state. In most instances people only hear loud about MUIS and Jheains in particular, when their officers busted to budget hotels to catch people for khalwat?