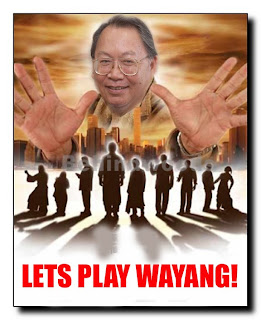 PARTI Bersatu Sabah (PBS) has been told to stop its ‘play acting’ to mislead the people of Sabah to think that it was sincere and committed to help resolving the perennial illegal immigrants issue in the state.

Making such a harsh call was Sabah Progressive Party (SAPP) stalwart Chong Pit Fah, while responding to the recent statement by PBS president, Tan Sri Joseph Pairin Kitingan that, there is merit in the suggestion that the federal government set up a Royal Commission of Inquiry to investigate immigration problems in Sabah.

“Pairin had served seven years in the Cabinet during Berjaya government and then nine years as Chief Minister when PBS came into power and now seven years as a Deputy Chief Minister in the Barisan Nasional government and the longest serving assembly members in sabah he should know what is happening. Stop insulting the intelligence of Sabah people,” said Chong who is also SAPP Information Chief.

He was especially puzzled as to why Pairin seemed to be reluctant to comment on the issue but only started to say that a thorough investigation was needed when asked to comment on the extraordinary population boom of Sabah that was raised again by Upko Youth.

“If he (Pairin) is sincere, he should mention that the issue had been raised many times by PBS as well, particularly when it was in the opposition and that among their leaders who was considered as an authority in the subject like its former Luyang division chief Dr Chong Eng Leong.

“But, Dr Chong was later sacked from PBS because of his continuing outspokenness on the issue now that PBS is back in the BN,” he said.

He recalled that Dr Chong once revealed that he was prevented from submitting a memorandum on the illegal immigrants that was prepared by him, by PBS deputy president Dr Maximus Ongkili, the very person who first proposed for the setting up of the State Cabinet Committee on illegal immigrants issue, just before PBS returned to BN’s fold in 2002.

He thus said SAPP wondered if Pairin’s statement was merely a ‘pacifier’ to pacify the growing resentment among the people amidst the controversy surrounding the recent self-proclamation of Datu Mohd Akjan Ali Mohammad as the 'Sultan of Sulu' which had now threatened to let skeletons out of the closet.

“This could be another ‘wayang’ (play acting) on the part of the BN government,” he said.

He concluded that the people of Sabah would no longer be duped into buying tickets to watch the re-run of PBS ‘old wayang’.