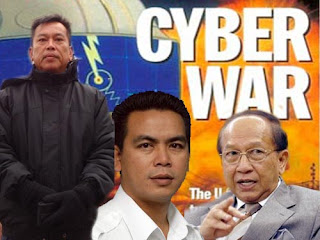 I FIND it amusing and irritating to read the statement by Sabah Youth Umno leader, Azman Hj Ruslan, who requested that ‘owners and operators of the alternative media to play their role with honesty, fairness and responsibility.’

I mean, come on! Enough already, please! Just because the leaders are sitting in luxurious office with grand titles, and that they are in the government, they think they know everything and have the power and rights to teach bloggers how to behave?

Don’t forget that there are bloggers out there who are professionals (doctors, lawyers, academicians, historians, etc.) and (former) assemblymen, parliamentarians and cabinet members. You don’t have to teach responsibility to these people.

Of course, there are irresponsible out there, but these people’s opinions and attacks have not much value because their comments usually are baseless, wild, and reflect badly on them, hence carry no credibility.

Most readers will just laugh off these comments. But wild accusations and slander will be taken care of by the law. Azaman himself admitted that “the alternative media have a role as agents disseminating useful information (and that) readers have the ability to screen and evaluate every information that they read.”

Mr dear Azman, I think you know very well that there are mountains of reports in the Internet which are very damaging to the BN, and they are almost all based on the truth. If we were to collect all these reports, we will have more volumes than one set of the Encyclopaedia Britannica!

The BN had said again and again that they will be going out to counter the lies of the opposition (menepis tohmahan-tohmahan pembangkang) but when? If the BN doesn’t have a list of the opposition ‘lies’ we will be happy to compile them so that it will much easier for the BN leaders to deny them one by one.

But I believe such an effort on our part will be just a waste of time and energy. Just look at how Datuk Hishamuddin Tun Hussein is denying the existence of the problem of illegal immigrants in Sabah, and how he is saying that we do not need the Commission of Inquiry.

Datuk Wilfred Bumburing, as I had predicted, had wasted his energy preparing his memo to Hishamuddin, but the memo has become a very valuable election campaign material by now. Copies of it will be flying around everywhere and I am getting my copy.

Now, about responsibility and irresponsibility. Who is more irresponsible, the bloggers or the BN leaders? The bloggers are raising hell to draw the attention of the government to our problems but very often they are not doing anything. They even tell us that there is no problem, that the illegals in Sabah are not a problem!

The leaders are also doing a lot political and business games behind closed doors at the expense of the rakyat, involving in corrupt practices and encouraging patronage politics with its long-entrenched crony system. These irresponsible acts have cost the nation billions of ringgit. On the contrary the opposition leaders and the bloggers have to struggle to spend time, money and energy online to expose these misdeeds. So who is irresponsible and who is responsible here?

We in the opposition have been telling the leaders to be responsible and to fulfil their responsibility by telling them what they are doing wrong. So I guess the BN leaders have to hit back at bloggers again and again ‘to be responsible’. But they really should be the ones to look at themselves in the mirror.