PEOPLE NEED TO WAIT ANOTHER 5 YEARS? 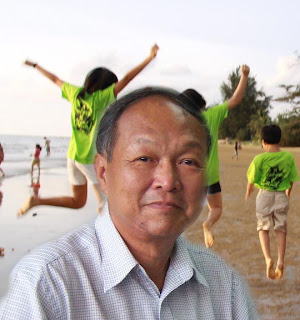 No thanks to the BN government for the scrapping of the project because it had cost the Sabahan 5 years of precious time to get on to the building of an acceptable and workable power station to supply us the long pending stable supply of electricity in the East coast of Sabah. If an acceptable new 300 MW power station was built, the power problem will be long solved, and sadly now we are back into square one. When can we have the new power station being finally built, another 5 years?

Hiew said this announcement of scrapping the proposed coal-fired power station came at the nick of time and looks as if this whole thing has been planned carefully and set in as part of the propaganda to harvest plenty of votes and support from the voters. This announcement came at the perfect moment and timely to show that the BN government is a caring government and a government that listen to the voices and opinions of the people.

Hiew said “you win, but the people are not stupid too”! You put up a proposal and forced your way through to try to implement it in spite of heavy public objections, later turned around and say “okay, we gonna listen and will stop and scrap”!

Just as simple as that! This in actual fact had caused the people heavy involvement in time wasted, effort and energy, anger and aggravation, upset and frustration, and not forgetting the financial commitment incurred. Just to remind all, this power station proposal had cost the people a lot of their own money, NGO financial input, SESB and TNB funds, plus the cost of all the reports made.

A simple announcement to scrap the project had thrown all these into the dustbin and be forgotten off. What is this telling us, and what is the message it carried? This is simply telling us that the BN government is hopeless and useless. Why can’t they come up with a proper survey on public opinion and research to ensure that there is no damage and adverse effect caused by the proposal of the coal-fired power station?

Just serve as a reminder to all that there is always a possibility that the BN government might reinstate the proposal if they win back power in the next general election, or they can say that they will modify the coal-fired process by using the clean-coal process. Therefore, it is better to play save by not voting them back into power for everyone’s sack, and not to be conned into doing so.