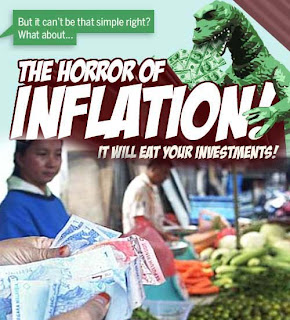 EVERYONE knows that the surge in global oil prices will eventually bring about the increase of many, if not most essential items, while most industries have not witnessed a similar pattern with regards to salary and compensation.

Despite Malaysia being an oil producing country, Sabah has been hit hard with the frequent yet multiple spikes in petrol prices. The higher cost of living in Sabah, is in no small way and by no small mean, attributed to the fluctuations in petrol prices which have in turn, contributed to the increase of prices of our essential items ie. consumer products such as sugar, salt, meat, onion, garlic, rice, cooking oil and many more due to the higher manufacturing costs and transportation charges to Kota Kinabalu.

People from all walks of life, be it white collar professionals or blue collar laborers, are already starting to feel the pinch of such increase. The gradual, subtle but substantial increase in the cost of living of fellow Sabahans has not been reflected in, what would have been a similar, parallel and expected increase in their respective salaries. The very few that have been lucky enough to be granted neither see such increment as equal nor enough to negate such higher cost of living.

The same is felt by small business owners across all industries eg. sundry shops, kopitiams and stall operators at dry/wet/night markets within and around the city. These small business owners have little to no choice but to increase their prices too, rightfully so, as a result of the higher costs of ingredient, coupled with the plausible increase in the monthly rent of their premises or stalls. In reality, they have but to tighten their wallets and prepare to get very used to a slimmer and thinner profit margin, if any at all.

With such increase in the cost of living, fellow Sabahans have seen their purchasing power inevitably shrunk and will continue to shrink unless sound, valid and reasonable policies are in place to reverse this unfashionably trendy, though very much ill-fated downward spiral.

I believe we are neither lacking in sense nor sensibility to realise that the government led by BN has, time and again, failed miserably in carrying out its duties, obligations and responsibilities towards bettering the standard of living, whilst reducing the cost of living of fellow Sabahans.

The presence of the BN-led government has failed to:

2. Reduce the tariff of Sabah ports.

3. Improve the ports' operating equipment eg. Key Crane. In order to improve the productivity and also efficiency of many tasks, such as the uploading and downloading of containers to and fro the ships and the wharf. Low productivity at these ports translates to higher tariff, which more often than not, is transferred to and borne by the end consumers.

4. Address the long due basic utility problems with consistent disruption to the supply of water and electricity, while quality of both remains ludicrous at best.

Below are the questions I would like to direct to Api Api's YB Datuk Dr. Yee Moh Chai:

1. What is the point of approving and building so many shopping malls in KK whilst the majority of Sabahan youth and adults can only afford to window-shop, in no part due to our lower aggregated income?

2. What are the preventive measures and steps taken by the government to curb the further rise of the cost of living for fellow Sabahans? Keeping in mind that the government has unwisely removed the oil subsidy which was very much, direly needed? How much, if any, of the money (by the ending of such subsidy) is being spent to help curb the higher cost of living endured by the people? Will there be improvements to our basic infrastructure and public transportation system perhaps?

3. How can the presence of BN-led government help to stabilise, if not increase the working class' take-home salary, extenuating important, to counter the higher than usual cost of living faced by the people of Sabah?

4. What are the steps being taken by Dr. Yee, as the Resource and Information Technology Minister, with a vast and capable portfolio, to prevent and if possible, iron out, once and for all, the intermittent and less-than-satisfactory internet access provided by Telekom Malaysia? All these chronic and desperate issues need immediate solving, lest we forget, the lesser-than-claimed and totally unacceptable internet speed provided by the very company. We do not want to get too used to mediocre policies, products and such related services.