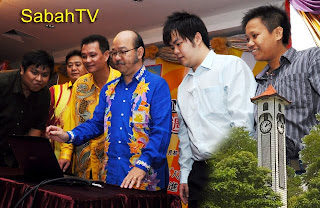 SABAH Progressive Party (SAPP) banking on the victory of the people that saw the cancellation of the proposed coal-fired power plant has launched a video on Atkinson Clock Tower in Sabahtv.net.

Information Chief, Chong Pit Fah said the video is part of SAPP’s efforts to fight for the people to preserve the historical clock tower.

“Now that the people’s power plus the persistence of NGOs like Green Surf led by Sepa has prevailed in the coal-fired power plant issue, we turn to the Atkinson Clock Tower to call for the development next to it to be stopped.

“The development of the mixed-commercial building will surely affect the clock tower ... so the video uploaded in sabahtv.net is another campaign by SAPP to fight for the people,” he said here Thursday.

Since the people, Green Surf and SAPP among others were objecting the coal-fired power plant to protect the environment he said in the case of the Atkinson Clock Tower, SAPP also want the government to give similar respect to the wishes of Sabahans, as the clock tower represents the heritage of the people in Sabah.

Chong said the dilly-dallying on the part of the government in making the decision on the power plant had resulted in the issue being dragged for three years.

“We hope this time the government will make the decision to stop the mixed-commercial development near the Atkinson Clock Tower fast,” he said.

According to him, SAPP would never waver in its struggle for the people and will continue fighting as long as it is concerning the people of Sabah.

“Unlike BN leaders like Herbert Timbon Lagadan and Johnny Mositun who are only the mouthpiece of their political masters, SAPP is true at the people’s heart,” he said.

“What are the BN leaders who have accused SAPP of politicising the coal-fired power plant going to say now?” he asked.

Chief Minister Datuk Seri Musa Aman had announced the cancellation of the proposed coal-fired power plant after chairing the Cabinet meeting on Wednesday citing the Prime Minister was concerned about the environment and sensitivity of the people of Sabah. http://sabahtv.net/