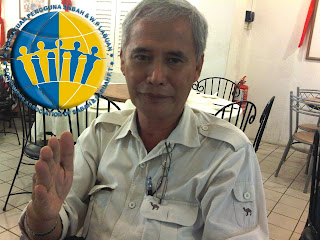 I FEEL obliged to put pen to paper to correct the misconceptions and insinuation' shich have appeared in local news paper (Daily Express, Utusan Borneo, New Sabah Times and The Borneo Post, April 15, 2011) both before and after the outcome of our defamation suit no K23-01 of 2010; similarly to kill the dead chicken.

Although the verdict hinged on whether the defamatory remarks against me and all the office-bearers of Sabah Consumer Association (CASH) were considered to be malicious, there remains no suggestion of guilt. To all intents and purposes, it was a personal vendetta by the two fellows who held a grudge on us all following the aspersions cast on my leadership and the subsequent sacking two of them.

Having given so many years in the service of consumerism, environmental and human rights in Sabah and Labuan and had gone to the utmost lengths to educate and inform them or their basic human rights as consumers, i am left with a feeling of humiliation, rejection and despondency.

One's best efforts and good work can so easily come to a naught by a few vindicate words, a mounting to character assassination especially if such is reported in the media. I firmly believe most of it is without justification and begs the question as to why the whole matter could not have been resolved in an atmosphere of unanimity and consensus, with a win-win outcome.

Lastly, it is my sincere wish that no further aspersions be cast against me in person or anyone else connected with the former Sabah Consumer Association (CASH). I would like to be remembered for the positive aspects of championing Sabah Consumer Association (CASH) and helping my fellow native Sabahans. It would be in the best interests of everyone to let the matter rest, so no further hurt can befall to anyone.

Give Peace a Chance!

for and on behalf Ex-Members Sabah Consumer Association (CASH)