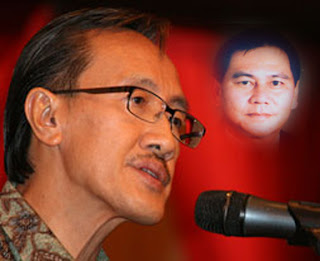 Masidi, who is also Sabah Umno Assistant Secretary, said LDP Deputy President Datuk Chin Su Phin was attempting to create dissent not only between the Chinese and Umno but other communities and Umno.

"You are obviously playing the race card when you say aside from the Chinese, other communities also do not agree with the state leadership who we all know is also the leader of Umno in Sabah. This is unbecoming and is not the culture of BN".

Masidi said it was arrogant and presumptions to say that the Chinese and even other communities do not support the State leadership.

"Chin may tip toe on the identity of the person he is attacking but we know who he is referring to. And I have to emphasise 'he' because it is personal issue for him and certain individuals with personal agenda," he said.

Masidi said Chin was also out of line when he said there were other capable people in Umno. "Umno does not meddle in LDP affairs and tell them who is or who is not capable of helming the party's leadership.

Masidi said there were times when Umno wanted to hit back at LDP, especially the Chin brothers for their relentless attacks against the Chief Minister, but the Chief Minister himself had urged restraint in the interests of BN. "But this too much."

"I will not stand idly and let the Chin brothers and whoever's personal agenda they are serving destroy the harmony and consensus that we have worked so hard to build in the BN family and Sabah."

Masidi said the State leadership strived to take care of the needs and accommodate all communities in Sabah.

"We live in an ethnically diverse society and in the spirit of Barisan Nasional. Whatever decision made must be based on consensus and for the greater good of society, not just for a few individuals," he said.

He said the BN component parties should be strengthening their cooperation consolidating their efforts to gear up for the next election.

"We should not be throwing punches with the single purpose of undermining the leadership.

I am a BN member. I am also an Umno member. I will defend the BN spirit of unity and cooperation.

I will also defend the code of respecting and supporting my leader," he said. Masidi said BN component parties should move forward together, go down the ground and work on developing Sabah and improving the welfare of the people (D.E).