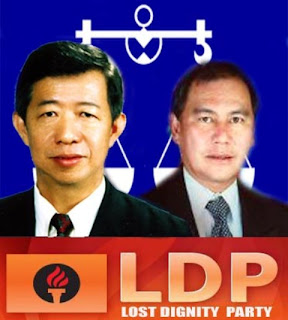 LIBERAL Democratic Party (LDP) leaderships must not continue to be manipulated by others for their selfish agendas, said Jimmy Wong, Political Secretary to the Chief Minister.

He expressed puzzle that all these while, it seemed that LDP leaderships had been exceptionally critical of the Chief Minister Datuk Seri Musa Hj Aman’s leadership. This was despite the fact that Musa has done a good job in steering the State, especially in improving the State economy and its coffer.

He thus suspected that LDP either has an axe to grind with Musa for reasons best known to them or, there could be some ‘unseen forces’ manipulating them to cast bad light on Musa, with the chief aim of ousting the latter.

Wong was responding to LDP Deputy President, Chin Su Phin’s recent analysis on the Sarawak State election results drawing parallel between Musa and his Sarawak counterpart, Tan Sri Taib Mahmud, in which he blamed Taib for Sarawak United People Party (SUPP) heavy loss which also saw the defeat of its President Tan Sri George Chan. Chin had claimed that SUPP loss was a punishment by the people for its continuous support for Taib who they despised.

Chin claimed the same leadership issue was adversely affecting the Sabah BN coalition and suggested that the Prime Minister Datuk Seri Najib Tun Razak should be brave enough to effect changes in the BN leadership in the two states.

“Chin has always been a contractor and was never known to have any political ambition. Hence, it was rather questionable for him to habitually attack Datuk Seri Musa,” Wong noted in a statement issued here today.

He also rebutted that Chin’s analysis was flawed, questionable and was clearly designed to cast bad light on Musa, with the chief aim of undermining his leadership.

“His attribution to SUPP losses as caused by Pesaka Bumiputera Bersatu (PBB), especially Taib Mahmud is like attributing LDP losses to UMNO or PBS. Perhaps, he is now laying the very reason to assume losses in the next General Election and to blame it on others,” said Au in a rebuttal issued here today.

He went on to quash Chin’s analysis by pointing out the fact that PBB won all the seats it contested and some with increase majority.

He contended that if Chin’s analysis was true, the opposite would have occurred.

“Chin also said the same thing during the Batu Sapi by-election, that if the BN State leadership is not changed, then BN would lost the by-election. But when BN won with increase majority, LDP also claimed the credit,” he quipped.

Noting that the failure of SUPP, likewise LDP, would be due to them doing things that upset the Chinese community, he reminded Chin of LDP’s past questionable track records.

“When its former President Tan Sri Chong Kah Kiat was the Chief Minister, he slashed the annual State grants for the development of Chinese education and religious development; he even urged the Chinese community to be more self-reliant instead of constantly depending on the government for allocation of funds.

“Besides this, he also caused an increase in the number of 4D outlets as well as the slot machines in the State, which had inevitably added up to all the damages to the BN State Government. And yet today, Chin got the cheek to simply accuse others of wrongdoings,” he elaborated.

Wong also reminisced that LDP which was formed in 1989 after PBS defeated Berjaya had never won any seat in the past and was often referred to as “Lost Deposit Party”.

“Their fate changed to the better only after SAPP (Sabah Progressive Party) was formed to challenge PBS,” he said.

He further contended that LDP should not put the blame on anyone else, Musa in particular, for their decline after that, asserting that it was as a result of their own doing over the years, which also saw many of their good and capable leaders leaving the party one after another.

Chong even proceeded to take the State government to court but the case was later struck out.