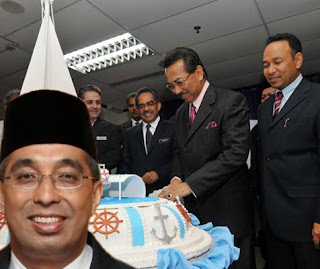 STATE Assembly Speaker Datuk Seri Salleh Tun Said asserted that what was reported in the media recently was part of his speech given in his capacity as Sabah Umno deputy liaison chairman in conjunction with Chief Minister Datuk Seri Musa Aman's 60th birthday.

"I was merely expressing my stand to defend our chairman (Musa), who is facing an attempt by certain quarters to bring him down. That was my stand in my capacity as Sabah Umno deputy chairman and I was not influenced by any quarters...there was nothing wrong with it," he said when met at the foyer of the State Legislative Assembly building, here, today.

Salleh was responding to Liberal Democratic Party (LDP) Deputy President, Datuk Chin Su Phin's statement yesterday contending that it was inapproriate for the Speaker to make a political statement in the media.

Salleh was quoted as saying last Thursday that Sabah Umno wanted Musa to continue to helm Sabah Barisan Nasional (BN) after the next general election.

Salleh said he represented Sabah Umno in pledging support for their leader (Musa) who was spearheading BN in facing the 13th general election. (BERNAMA)