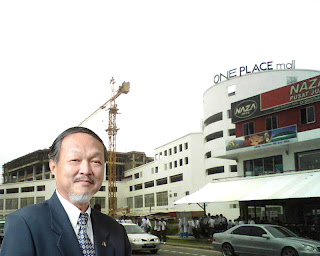 THE new Putatan District Council is laundered with many problems and difficulties in its operation and even administration work. The Kota Kinabalu Member of Parliament Hiew King Cheu was made to understand that such dilemma did exist through the last many months.

The Putatan district council was actually a split out from the Penampang District Council to become a new district with its own administration and operation. The new council is at the moment operating from a small office with a small number of staffs and workers. It is only about 60 over people working. The important key personnel are lacking, for example the council engineer, accountant and so on.

The Penampang District Council has not providing much help because the house assessments paid by house owners in Putatan are not being transferred dully to the new council in Putatan.

These are just some examples of the ill management of the Sabah Local government and Housing ministry, and it is a total failure on the part of implementing the new Putatan District Council. The people there asked, how come there is no proper execution and setting up of the Putatan District Council, and yet the people in the district have to face so many problems? The government obviously did not plan it well and harshly pushed for the formation of the council.

Hiew said, Putatan is a fast growing town and the population is doubling up day by day. If the district council cannot work efficiently and effectively, what will be the future like in Putatan?

The government must immediately come up with plans to take care of the various pressing issues arising in the whole area, and these include the cleanliness, garbage collection, beautification, sanitary system, building by-laws, and many others. The Penampang district is already a bad example, don’t make the Putatan district the next.