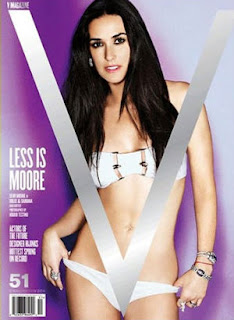 NEWS has it that Demi Moore suffered a seizure before being hospitalised on Monday night. According to Radar Online, the Charlie's Angels star is undergoing treatment for anorexia.

"She collapsed after having an epileptic seizure," an insider claimed.

"Demi is in getting treated for anorexia, as well as other issues that caused her seizure. She has not taken care of her health at all lately and has lost a ton of weight."

After being evaluated by paramedics, she was rushed to a Los Angeles hospital, before moving to a separate facility for "further professional assistance".