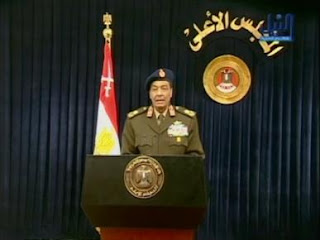 By : PATRICK WERR AND TOM PERRY

Among those hit by travel bans - one of those targeted called it 'de facto detention' - is a son of U.S. Transportation Secretary Ray LaHood, as well as other foreign staffers of the International Republican Institute and National Democratic Institute, officials at the two organizations said.

The United States said Egypt should reverse them: "We are urging the government of Egypt to lift these restrictions immediately and allow these folks to come home as soon as possible," State Department spokeswoman Victoria Nuland said.

"We are trying to get them free to travel as soon as possible, and we're hopeful that we can resolve this in coming days," she said.

A month after police raided the Cairo offices of the IRI, NDI and eight other non-governmental organizations, it raises the stakes for Washington, which had already indicated it may review the $1.3 billion it gives the Egyptian military each year if the probe into alleged breaches of local regulations went on.

Some see it as a poor omen for Egypt's fledgling democracy following last year's overthrow of Hosni Mubarak.

John McCain, the leading Republican senator who chairs the IRI, voiced "alarm and outrage" at a "new and disturbing turn" which included a travel ban on Sam LaHood, the group's Egypt director.

The younger LaHood said he was stopped at Cairo airport on Saturday and prevented from boarding a flight out.

McCain, in a statement referring to Egypt's ruling military council, said: "I call on the Egyptian government and the Supreme Council of the Armed Forces to cease the harassment and unwarranted investigations of American NGOs operating in Egypt.

"This crisis has escalated to the point that it now endangers the lives of American citizens and could set back the long-standing partnership between the United States and Egypt."

Mubarak had a close alliance with Washington which is now trying to build a relationship with an Egypt run by his old army colleagues but expecting to be ruled eventually by a parliament in which Islamists have won a big majority in a free vote.

Visiting Cairo, the U.S. State Department's top human rights official, Michael Posner, declined to comment on the travel bans, which some of the NGO officials affected said Egyptian officials have yet to confirm in writing.

However, of the dispute over NGO registration in general, he urged the Egyptian government to "redress this situation". He noted that the release of aid was dependent on Congress, where many disapprove of Egypt's actions against the NGOs and which is waiting for reports from the State Department before voting.

"The NGO issue is very much part of that package and as you know there has been considerable attention in the Congress to the restrictions on NGOs," Posner told reporters.

"So we are very much engaged in trying to encourage progress on that issue."

Cairo-based political analyst Elijah Zarwan said the move would give ammunition to those in Congress seeking a review of aid: "This will clearly strain an already tense relationship between Egypt military rulers and Washington," he said.

Sam LaHood told Reuters that a judge had accused him and three other IRI employees with managing an unregistered NGO and being paid employees of an unregistered organization, infractions that carry a penalty of up to five years in jail.

His counterpart at the NDI, which like the IRI receives U.S. public funding and is loosely affiliated with one of the two major political parties in Washington, said she, too, was on the banned list for travel. But Julie Hughes told Reuters she was unaware of any formal charges against her or her staff.

Egyptian officials have made no comment on the bans.

"These organizations have been operating for years. They meet with the government. Their funding is known," said Heba Morayef of Human Rights Watch in Cairo.

"There can be no motivation except a desire to control and silence the human rights community."

NDI's Hughes said her organization had submitted a registration request when it started up in Egypt in 2005, but after dealing with queries in 2006 the request went no further. She said the group was in regular contact with the authorities.

"We have never received any official correspondence from the government of Egypt with problems or requesting us to cease," Hughes said. "We are hoping ... this controversy yields a more constructive dialogue."