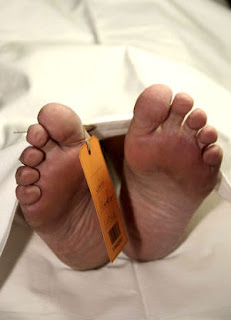 A JAPANESE man faked his own death by claiming his late brother's body was his own, reports AFP, quoting police and local media.

Even while Tsukasa Oizumi's older sibling was alive, he used to use his driving licence to get around the fact that his own had been revoked for repeated traffic offences, the Mainichi daily said.

When the brother fell ill and died aged 56 in 2008, Oizumi decided to take over his identity completely. He told authorities that the corpse was his own.

Even the doctor who dealt with the brother's demise did not suspect anything, according to the Asahi Shimbun newspaper. The body was cremated, as is normal in Japan. (Agencies)