BUDGET 2013 TO BE ‘MILDLY EXPANSIONARY’ 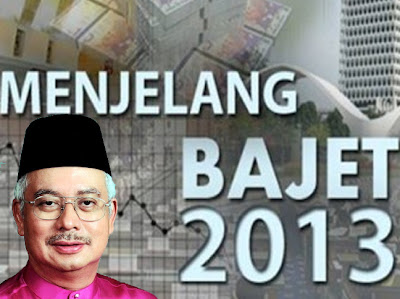 KUALA LUMPUR : Budget 2013 will forecast a smaller deficit for next year, but it will be slightly expansionary and stop short of major reforms on tax and subsidies, a senior government official said today.

“This will be a budget that is mildly expansionary but fiscally responsible,” the official, who asked not to be identified, told reporters at a briefing ahead of tomorrow’s budget announcement by Prime Minister Datuk Seri Najib Razak.

The budget will target a reduction in the budget deficit target from this year’s goal of 4.7 percent, the official said, sending a signal to markets that the government is committed to keeping its rising debt levels in check.

Fuelled by robust domestic consumption and investment, the government is forecasting full-year 2012 GDP growth of 4.5-5 per cent this year and 4.5-5.5 per cent for 2013, the official said.

Najib, facing a close election he must call by next April, is widely expected to announce a fresh round of handouts to poorer citizens tomorrow as he tries to maintain an economic feel-good factor ahead of the polls.

Much-needed but economically painful reforms to broaden Malaysia’s tax base and reduce its dependence on oil revenues will take a back seat at least until after the election.

Reducing Malaysia’s heavy subsidies on fuel and food items is a medium-term goal, the official said. The government was also committed to introducing a consumption-based tax but that it would take more time to win public understanding.

“That has to be based on people accepting it... that will take a bit of time,” said the official.

Strong revenues in 2012 mean Najib can afford to be generous in the budget for next year without alarming financial markets, although further signs of fiscal slippage would add to investor concerns over a steady deterioration in Malaysia’s finances.

The Southeast Asian country’s public debt as a percentage of GDP is just short of its self-imposed ceiling of 55 per cent — up from 43 per cent in 2008 — while its budget deficit of 4.7 per cent in the first half of 2012 is the third-biggest in Asia after Japan and India.

Rating agencies Standard & Poor’s and Fitch recently warned of rising fiscal pressures in Malaysia that could lead to a downgrade. (Reuters)