NCR NOT REPEALED BY THE LAND ORDINANCE 1930 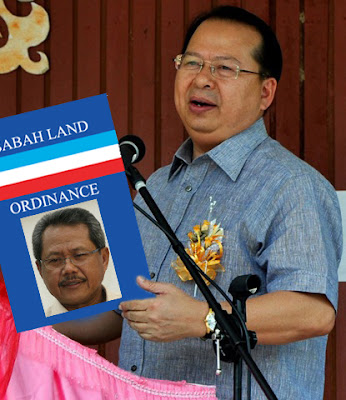 "THE NCR law in Sabah is still subsisting until today. It was not repealed by the Land Ordinance 1930. The provisions under sections 13-16 of the existing Sabah Land Ordinance clearly show that NCR laws are still very much alive in Sabah. No body should ever try to deny, nullify or amend those native rights.

Therefore claim for NCR must be treated as NCR claim under those provisions and not under the normal application for land as stated by the Director of Land Survey Deptartment. After all, as i know the Dept has been receiving NCR claims before and has approved them under those provisions. There is no reason why they can't continue doing it.

Those provisions were put in by the legislators when Sabah was governed by the British because actually native customary law including NCR predate any law, and if the govt wants to outlaw it now, there must be a clear and consensus action by the native legislators to do it. The Rambilin case is very clear on this.

But i dont think any native legislator will want to do it. The Director cant amend the law unilaterally. I hope what the Director said doesnt reflect the stance of the govt because if it does then it will be  sad day for the natives in Sabah. The natives do not want their rights both substance and procedure to be eroded or compromised. "