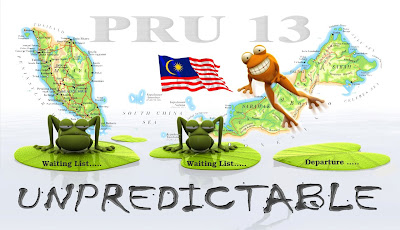 That decision was made known last month in a meeting room at a hotel here when Anwar met Yong and Jeffrey Kitingan, the Sabah chapter chairman of Sarawak-based State Reform Party (STAR).

Since then, Yong has not appeared at Pakatan functions unlike in the past when he made an effort to attend nor has he sent senior members to represent the party at such events.

His latest snub of a Pakatan function was the Sept 15 gathering in Tuaran of Pakatan’s top leaders to mark the 49th anniversary of Malaysia Day.

In the past, Yong would have been loath to miss an event like that since Sept 16, 1963, date of the formation of Malaysia, has been high on SAPP’s agenda. However, he did not even send a junior party leader to the function hosted by Lajim and Bumburing in the grounds of a restaurant.

The event was staged to show Sabahans that Pakatan leaders empathised with them about how Sabah and Sarawak were equal partners with Malaya in the formation of Malaysia but had since been reduced in status equivalent to those of the peninsular states.

Yong would not have wanted to ignore this gesture as among those present with Anwar were PAS president Hadi Awang, Penang Chief Minister and DAP secretary-general Lim Guan Eng, Selangor Menteri Besar Khalid Ibrahim along with senior Pakatan component party leaders Tian Chua, Mohamad Sabu, Mustaffa Ali, Husam Musa and many others.

The fracturing of ties can be traced to the closed-door meeting with Anwar last month when, as soon as the brief meeting ended, Yong left with his waiting SAPP colleagues to his residence near here.

Shortly later, Yong issued a statement that his party was interested in contesting in Sepanggar, Penampang and Kota Kinabalu.

He specifically mentioned the three parliamentary seats that Pakatan component DAP is eyeing, which is regarded as a direct challenge to the coalition’s influence in the state.

DAP is the incumbent in Kota Kinabalu through Hiew King Chew, a former SAPP man himself who quit to join PBS and later DAP to become their candidate.

APS is headed by Bumburing while PPS by Lajim. The two were in the meeting room with “guests” Yong and Jeffrey along with PKR vice-president Tian Chua and DAP MP Teresa Kok and Anwar’s aides. No one from PKR Sabah was present.

Yong and Jeffrey were accompanied by senior leaders from their parties but they were not included in the meeting with Anwar.

According to those familiar with discussions, Anwar signalled that APS and PPS would be the main players in Sabah, even duplicating some of Sabah PKR’s role and the message to Yong and Jeffrey was “we now have them, so are you coming in or not?” or more bluntly “we can do without you”.

The meeting lasted only 20 minutes, according to insiders who said that Yong was also irked by Lajim’s condescending tone after the meeting when he allegedly told the SAPP president that he could help deliver Lahad Datu constituency to SAPP.

The assumption that Yong and his party would need outside help in his own hometown was seen as a slight, according to party insiders.

Two days after the meeting with Anwar, Yong and his men turned up at the United Borneo Alliance (UBA) fourth meeting to meet Jeffrey.

Some have taken that as a signal that SAPP could be working with Jeffrey’s STAR instead to counter the Pakatan-Lajim-Bumburing tie-up.

UBA is a loose alliance of Borneo-based groups that Jeffrey has been trying to stitch together and its membership comprises STAR and the remnants of Usno.

Observers said both SAPP and STAR are trying to be the main opposition force in the state and wrapping themselves in the cloak of a freer and independent Sabah that they promote as the Borneo Agenda and Sabah for Sabahans.

Even Pakatan has latched on to the popular catchphrase with Anwar shouting it out thrice at the Tuaran function during his speech.

The behind-the-scenes political tussles appear to show that while Pakatan, SAPP and STAR are united in dethroning the Umno-led BN government, their inability to temper their yearning to be the dominant party to fill the vacuum left by the outgoing party may be their undoing.

When contacted by FMT for his comment, SAPP supreme council member, lawyer Peter Marajin, said that from his observation, Yong was frustrated with Anwar.

“I think Yong is frustrated with Anwar because he now shifted his eyes to Lajim as a new ‘taiko’ for Sabah, completely forgetting his 40 [state] seats promise [to Yong and SAPP],” he said.