CRIME INDEX: PERCEPTION IS EVERYTHING 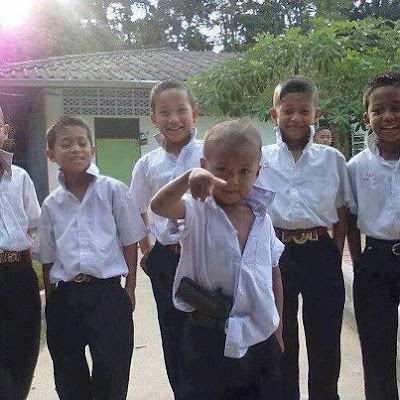 AGENDAS.....Politicians on both sides of the divide are of no help as many only want to pursue their own agendas by hijacking the current red hot issue of crime.

ACCORDING to the Global Competitiveness Report 2012-2013, released worldwide on Sept 5, 2012, Malaysia’s overall score dropped slightly to 5.06 points and its world competitive score dropped to 25th place. Last year, Malaysia was the 21st most competitive with a score of 5.08.

Among the factors that brought our score down are two items related to perception on crime:

1. Perception on business costs for crime and violence, and,

It’s true that public perception of the crime rates in Malaysia aren’t as good as they could be, as most perceive that the crime rate exceeds the figure reported by Pemandu.

Pemandu had recently announced that the crime index in Malaysia had dropped 10.1 percent between January and May this year compared to the corresponding period last year.

Based on the figures released by Reducing Crime NKRA director Eugene Teh of Pemandu, there were 63,221 cases between January and May 2012 compared to 70,343 cases recorded in the corresponding period last year.

When MARAH (Malaysians Against Rape, Assault & snatcH) asked how Pemandu came up with the statistics, Eugene said that the number comes from the reports keyed in at the various police departments.

“There is a flow beginning from when a complainant makes a report until it is inserted into the system. Called the Police Reporting System or PRS, the cases keyed into it will provide us with the crime index statistics. It is entirely possible that there are cases which go unreported thus making it tougher for us to compile the exact number,” said Eugene.

When asked if it was possible for Pemandu to detect unreported cases, he said, “The media can play a big role in spreading the message in informing the public to report crimes which have occurred. Should the police refuse to take your report, then the complainant has the right to lodge a complaint at the Police Bureau.”

MARAH’s very existence is testimony that there is much public anxiety over the recent crime spree. Yes, we are told that the overall crime index has dropped and there is really no reason not to believe that the police are not doing their best to fight crime.

The last thing our police force would want is to have headlines of high-profile crime cases splashed across the newspapers. However, perception is everything and Malaysians, especially urbanites, do feel insecure with women and the elderly seeming to be the preferred targets.

As a journalist I can vouch that the police often update the media on a daily basis with the more serious crime cases – murder, abduction, drug seizures and armed robberies.

However, incidences of so called “lesser” crime also take place daily and rightly or wrongly, the police have often regarded such cases as “petty” crime given that they deal with thousands of cases.

As such “petty” crimes such as break-ins and snatch thefts are often relegated to the bottom but now with the proliferation of social media the public are better connected to reaching out to each other, and younger Malaysians are apt to share their experiences with the world.

Such incidents are now prominently posted on all the various social media platforms by the victims, complete with gory photographs which go viral in an instant. These incidents are then picked up by online news portals and lastly by the mainstream newspapers.

Our government officials and senior police officers have been quite vocal in not wanting to see such cases sensationalized in social media but subscribing to the ostrich mentality is not the answer as we definitely should not be in denial mode and these cases must be published factually and accurately and discussed in order to facilitate a quick and proper solution.

Politicians on both sides of the divide are of no help as many only want to pursue their own agendas by hijacking the current red hot issue of crime as a free ride to popularity, given the looming general elections.

Bashing the government and the cops is easy peasy but public apathy has also been identified as one of the reasons why criminals have become more brazen in committing crimes. Fighting crime isn’t the prerogative of the police alone.

There is a deep set reluctance among the public to step forward and give evidence. Many fear testifying in the courts as the lengthy court process is actually a hindrance to the police and prosecution to dispatch these thugs to jail.

Furthermore there are also those who fear repercussion to their personal safety and those of their loved ones as the perpetrators make bail before you can say “Jackrabbit”.

The government has indeed spent a large amount of money aimed at reducing the number of crimes in Malaysia, including 71% of the budget in the NKRA to reduce street crimes, increase prosecution of violent offenders and increasing public satisfaction of the police services.

Another hotly discussed topic is the abolishment of the Emergency Ordinance and the repeal of the ISA and the Sedition Act.

There is fear that former detainees are now freely rampaging back to their bad boy ways. These ex-EO detainees are being blamed for the recent spike in crime although there is no real data to back this claim.

Last year, more than 700 people were detained under the EO and although the police have justified the use of the EO to bring in criminals that they cannot charge in court due to insufficient evidence, they themselves have also been accused of abusing the EO.

What we need is solid preventive act to deter these thugs and restore public confidence. At the same time the public also need to play their role as responsible citizens in ensuring that crime is prevented.

The prevention of crime is vital towards the building of a peaceful and safe Malaysia. While crime fighting is undoubtedly the responsibility of the authorities, the public can also play an important role by looking out for themselves and their local community.

It is every individual’s duty to report a crime to the police. The information provided could be used to prevent other crimes and help keep other people safe. The police simply cannot be omnipresent everywhere all the time.

(NOTE : Dave Avran is the founder of MARAH (Malaysians Against Rape, Assault & snatcH).