SLA DIFFERS WITH DIRECTOR ON NCR 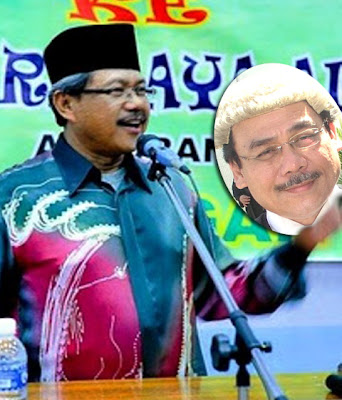 KOTA KINABALU: The Sabah Law Association (SLA) is of the view that treating claims on customary land beyond the 1930 Land Ordinance as new land applications does not represent the state of Native Customary Rights (NCR) law.

SLA sub-committee on Native Laws Custom and Culture chairman Datuk John Sikayun said when commenting on the recent statement made by the Director of Land and Survey Department that claims of customary land beyond the 1930 Land Ordinance will be not included under the NCR but shall instead be treated as new land applications.

In a press statement issued yesterday, Sikayun said: “The director’s views clearly do not represent the state of NCR law established in cases like Rambilin and many others. In Rambilin’s case, Justice Ian Chin has ruled succinctly that though it was established that the land was the property of the State, it did not mean that a new native right to the land cannot co-exist and that if such a right was to be extinguished, then it would be up to the Native legislators to do so by a specific and unambiguous legislative provision.

“If the director’s contentions are correct, then what it means is this: after 1930, NCR in Sabah does not exist. Therefore after 1930, any person claiming NCR on land will be treated as new land applications. This means that the person will have to apply to the ACLR under s. 14 of the Land Ordinance for a hearing and prove his claim with strong evidence at the hearing before the ACLR.”

Sikayun pointed out that this scenario can lead to a manifestly unjust result and can create conflicts and further undue hardships between competing claims by other applicants for the same piece of land.

“For example, if a company had applied earlier for the same land, the person claiming NCR on the land would be legally at a disadvantage because that person’s application would be made after the company’s application.

“This scenario will make it untenable to the person claiming NCR whose descendants could have been occupying the land for many generations. Meaning, invariably it is the Natives who would stand to lose their customary rights,” he said.

Sikayu said it is public knowledge that most land applicants are companies, applying for land to open up oil palm plantations.

“This inevitably leads to a clash of vested interests between business interests and livelihood and traditions of the natives,” he said.

“The director’s statement has also created uncertainty and anxiety. According to his views all persons claiming NCR on land shall be treated as new land applications. If this is so, does that mean the Assistant Collector of Land Revenue is no longer required to issue a notice under section 13 of the Land Ordinance when a company applies for land?” he asked.

“If the director’s statement reflects the State policy, then we kindly urge the government to reconsider changing the policy.

“Meanwhile, we welcome and laud the director’s announcement that a Mobile NCR Unit will be launched in November to go into villages and deal with issues regarding Native Customary Rights,” he said. (BP)
Posted by sabahkini.net at 00:23