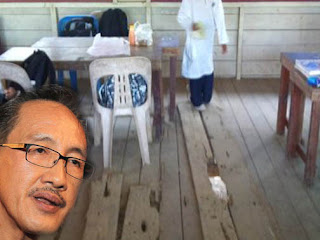 TWENTY-SIX schools have been officially declared as having unsafe buildings in Sabah since the year 2009.

Tourism, Culture and Environment Minister Datuk Masidi Manjun, who is also in charge of Sabah education affairs, said this was based on the Public Works Department report received by the State Education Department.

The school buildings were declared unsafe due to structural damages, he said in reply to Bingkor Assemblyman Datuk Justin Guka.

According to Masidi, the Education Ministry has carried out school building structural repair works under AP 173.2 (Emergency Works) on 24 schools, and that works at 14 of them have already been completed and handed over to the Ministry. The remaining 10 are still undergoing maintenance works, he said.