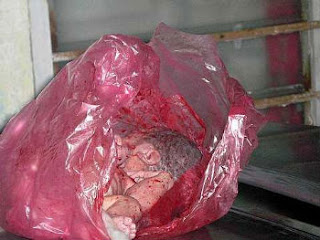 A GARBAGE collector stumbled on the body of a newborn baby boy at a rubbish trap in a lake at the Taman Metropolitan recreation centre in Kepong on Friday morning.

At first, Rafu'si Ahmad, 40, thought it was a doll and went about his chores until he noticed the umbilical cord in the incident about 11am.

He then alerted an angler who called the police. Sentul Police Chief, ACP Zakaria Pagan said the baby had sustained head injuries. He said the body was sent to the Kuala Lumpur Hospital. (Bernama)