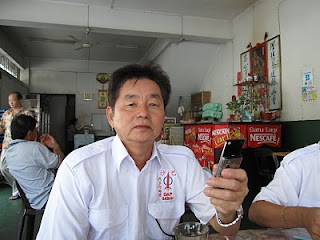 DAP is indeed very disappointed with the Chief Minister’s respond in the state Assembly to the proposals made on the Native Customary Rights issue and also on Section 9 of the Land Ordinance.

On the 26th March 2012, Jimmy Wong ADUN for Sri Tanjung had in his speech stated that the Sabah Attorney General Datuk Roderick Fernandez had through a press statement made a stand that there is no NCR after 1930.

Section 9 of the Sabah Land Ordinance provides that “subject to any general or special direction of the cabinet the director may alienate state land on such terms or in such manner as is authorized by this ordinance and may also impose special conditions in respect thereof to be set out in the title”.

In his speech Jimmy has also mentioned that in practice, the Director Of Lands and Survey has all the say. So what we always ended up is that state lands are given to big corporations at the expense of individuals and especially natives.

We are also faced with the situations of natives having been on the state land for generations but still do not have titles simply because the director of lands and survey decides to give to big corporations for oil palm purposes.

We also have cases where the natives have applied for the said land for generations after generations but still they will never get it, but when big corporations apply for the same, they get it within 2 years. Jimmy Wong proposed that further details and studies be conducted before any amendments are carried out.

The Chief Minister in respond however, merely regurgitates the law at present by referring to some provisions of the Sabah Land Ordinance without addressing the real issues at hand, i.e. ultimately the final decision on awarding land in sabah rest solely on the director of lands and survey.

Further, the Chief Minister also stated that there was no need for the setting up of the Native Land Tribunal as proposed in the seminar on the 30th to 31st January 2012 by the Kadazan Dusun Chair at university Malaysia Sabah and PUSAKA by Yang Amat Arif Tan Sri Richard Malanjun.

The reason given was “because the land and Survey department felt the existing Sabah land Ordinance mechanism to determine NCR is still relevant and sufficient”.

The Chief Minister however failed to address if indeed the Sabah Land Ordinance is still relevant and sufficient, why do we have so many cases of land grabs in Sabah?

The Chief Minister’s position on these issues is indeed puzzling. This clearly shows that the present State Government is not interested at all to the plight of Sabahans.