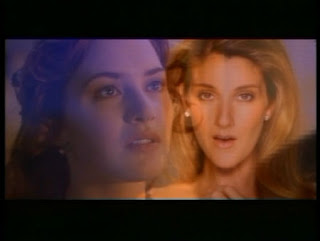 SICK...Kate Winslett is sick of My Heart Will Go On.

CELINE Dion’s My Heart Will Go On has served as Titanic’s haunting theme song since it hit the cinemas in 1997, and the movie’s lead actress, Kate Winslett, said the tune makes her sick.

Winslett, who recently celebrated Titanic’s 3D re-release, admitted that Dion’s track 'haunts' her wherever she goes.

"I wish I could say, 'Oh listen, everybody! It's the Celine Dion song!' But I don't. I just have to sit there, you know, kind of straight-faced with a massive internal eye roll,” Winslett revealed to MTV News.

The 38-year-old actress went on to explain that people tend to associate the song with her, like when she walks into a bar or restaurant with a pianist, they’d play the tune.

Kate Winslett is sick of My Heart Will Go On. (itskindofmyscene.com)

"It's thrilling for people to surprise me with the Celine Dion song," she laughed.

"I did a talk show recently in Italy and they actually had a live pianist who started gently playing the theme song. I was not even gently, rather severely, urged to go and sing it as though I had in fact sung it myself in the first place.

Unfortunately for the Oscar winner, the song is not the only thing that bothers her. When it comes to boats, Winslet doesn’t get spared.

"Honestly, I actually now get onto boats and say, 'No jokes, OK? No jokes. Can we just move on from that? And if you have any jokes, let's just get them out of the way right now. Thank you. Anyone? Jokes, jokes? OK, moving on.' And then they still tell jokes," Winslet said. 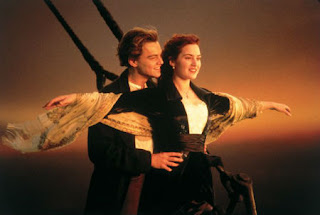 REENACT....Winslet gets asked to reenact this scene from Titanic a lot.

Of course the most common one would be for her to reenact the iconic scene of her and Leonardo DiCaprio on the rail.

However having said all this, Winslet is a real trooper about the jokes.

She understands how the film has touched many and with the re-release, Titanic will sink deep into the hearts of a whole new generation, including the actress’ kids who’ll be watching it for the first time.

About the 3D version of the movie set for an April 4 release, Winslet reckoned there isn’t anything negative about it.

"It's very different and much more present. It's bigger — if you can believe that — but it is and you really do feel like you're in it." (mtv.com)