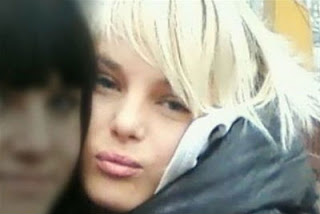 AN 18-YEAR old Ukrainian girl died Thursday almost three weeks after suffering a gang rape attack by youths which has become one of the country's most notorious crimes of recent years.

Oksana Makar was raped by three young men, strangled, burned alive and then left for dead in the attack in the southern Ukrainian city of Mykolayiv on March 10, prosecutors have said.

The victim was found by a passer-by after she was dumped by her attackers, reportedly at a construction site.

She was hospitalised with 55 per cent burns in a critical condition which forced the amputation of her feet, an arm and a leg.

Oksana Makar died of her injuries in a specialist hospital in the eastern city of Donetsk where she had been taken after her rescue, the clinic told the Interfax-Ukraine news agency.

Her heart stopped beating after bleeding started in her lungs and she died despite three attempts to resuscitate her, said the chief doctor of the Donetsk Burns centre Emil Fistal.

"Imagine. She was strangled and they (the attackers) thought she had died. So they burned her. She was lying there 10 hours in the freezing cold and inhaled the by-products of the burning," Fistal said. 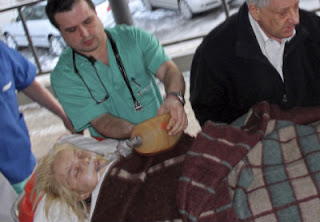 The case has caused a public outcry in Ukraine, exposing incompetence by the law-enforcement authorities and the extent of social problems in industrial cities like Mykolayiv which are riddled with drugs and AIDS problems.

One of Makar's assailants had rented the flat where she was raped and the attackers apparently strangled her and burned her in an attempt to cover their tracks.

Ukrainian media have alleged that the suspected attackers are the sons of wealthy parents with strong connections to leading local officials. However their names have not yet been officially disclosed.

The mother of one suspect used to be the head of a district in the Mykolayiv region, the regional interior ministry confirmed, prompting allegations the authorities had been trying to keep a lid on the whole affair.

Meanwhile, Oksana's mother controversially posted a footage of Oksana in hospital on YouTube in a harrowing video where she shows the bloodied stump of her arm and, apparently barely able to speak, says she feels "awful".

The three suspects were arrested on March 11 but two were released, prompting demonstrations by locals as well as the feminist group Femen who staged a topless protest at the Ukrainian general prosecutors office in Kiev.

After the protests, all three men were again placed under arrest on March 13. Two suspects were then charged with gang rape and one with rape and attempted murder. (Agencies)