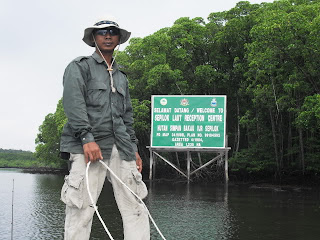 THOUSANDS of hectares of forest reserves will be reclassified to allow them to be used for agricultural and residential purposes by the natives.

This was made possible after the State Assembly yesterday unanimously approved a bill to amend the Forest (Constitution of Forest and Amendment) Enacment 1984 to exclude a total of 7,024 hectares from several forest reserves.

Assistant Minister to the Chief Minister Datuk Radin Malleh in tabling the bill said it includes 1,048 hectares in the Ulu Telupid Class I (Protection) Reserve, which will pave the way for future issuance of communal title to the local people residing in the area.

“This area has to be excluded from the reserve as it has been used by the locals for agricultural and residential purposes, badly degraded and no longer suitable for forest reserve,” he said.

The amendment will also see an area of 1,012 hectares in Sook Class IV (Amenity) Forest Reserve cleared for the construction of the proposed new UiTM Campus.

Radin said that for this purpose the state government would have to provide a compensation of RM2.96 billion and a replacement land of 2,000 hectares to Hybrid Plantation Sdn Bhd, the long-term license holder for the land involved.

“This will also include 796 hectares within the Tawau Class V (Mangrove) Forest Reserve, involving lands that had been given title before the reserve was gazetted, such as villages and timber processing factories.

“The exclusion of these lands is expected to resolve the land disputes that have been going on for a very long time in the area.

“An area of 1,008 hectares in Mengalong Class VI (VJR) Reserve will also be excluded, for the implementation of the Petrochemical Gas Complex project under the Sabah Oil and Gas Industrial Park (SOGIP),” he added.

Radin also informed that the government has identified 15 pieces of state land with a combined area of over 9,544 hectares to replace the converted forest reserves.

In addition, five areas in several other existing Class II forest reserves would also be reclassified to Class I (Protection), to better suit their significant roles and functions.

“An area of 54,760 hectares within the Lahad Datu part of Ulu Segama Reserve will be reclassified to Class I and renamed as Mount Louisa Reserve.

“Also to be reclassified to Class I is an area of 6,688 hectares within the Sepulut and Kalabakan reserves, which will be known as Mengilan Reserve,” he said.

Other reserves that have been identified were Maliau Buffer Zone I in the Tibow district where 46,603 hectares will be upgraded into Class I, as well as two other areas in Ulu Segama with a total area of 21,158 hectares.

Radin said the land swap and reclassification exercise would be carried out in stages, and at the end of it the total area of permanent forest reserves would be increased from 3.606 million hectares to 3.609 million hectares.