KL HAS SABAH UNDER SIEGE 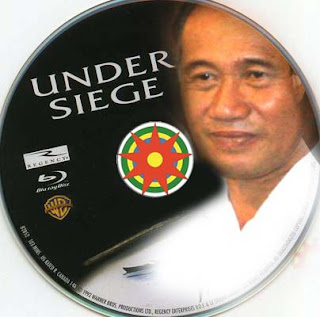 THE FEDERAL Government, speaking on behalf of all Malaysians, has been harping on the ill treatment by Israel against the people of Palestine for so long. Yes, the Israelists have cordoned off regions in Palestine, such Gaza, making if difficult to bring in food supplies. During the premiership of Hosni Mubarak in Egypt, food and medicine had to be smuggled through Egypt.

But Malaysia is notorious for being hypocritical, making statements at the international level and not realizing that what it is complaining about abroad is happening in Malaysia itself. The former PM, Tun Mahathir was wellknown for bashing the Jews, criticizing racial and religious oppressions in other countries, but in his own country the same things were happening.

What we are seeing currently is a case of the Federal Government criticizing Israel for putting Palestine under siege, but parallels of what Israel is accused of doing are taking place in Sabah. We may haven’t realized it but these things are happening right under our noses. The Cabotage Policy is one good example.

With this policy the Federal Government is having Sabah under some sort of siege or oppression by preventing food supplies from getting to Sabah directly from their supplying countries. Ships are required to go to Port Klang first, even if such ships have to pass by Sabah waters to get to Klang.

It is as if there is a wall around Sabah which only Port Klang can open for us to get our imported goods, and this way the goods become a lot more expensive. And who gets the benefits? Umno-connected contract shippers who are making millions from the sufferings of Sabahans.

Because of the Cabotage Policy alone many poor people are made to suffer even worse because of unnecessary inflation in Sabah and Sarawak.

This policy of economic discrimination by the Federal Government, has caused Sabah’s commodity prices to be a lot higher than in the Peninsula, has also caused us to lose the economic benefits of more foreign direct investments (FDIs) that should have come to Sabah.

Because imported goods have to go to Port Klang first, investors are scared of starting manufacturing businesses in Sabah due to the unnecessary higher costs. The local manufacturers have long been complaining about this problem.

This has resulted in scarce job opportunities, causing tens of thousands of our young people to go and find work in the Peninsula and Singapore. At the same time we have lost the benefit of trickle-down effects of otherwise higher employment and higher spending of employees in Sabah.

The difference in commodity prices is strange because in the higher-income society of the Peninsula, the prices of chicken is RM6 compared to RM10 in Sabah. It should be the other way round; chicken meat should be more expensive in the Peninsula because of the higher demand there (due to the higher population), and it should be a lot cheaper in Sabah where the demand is less (due to the much less population). But what’s happening is that we in Sabah have to pay a lot more for chicken meat due to the higher cost of rearing chicken – all due to the inflated prices of imported chicken feed due to the Cabotage Policy.

And the worse thing is people in the Peninsula, while spending less, are earning more than their counterparts in the Borneo states. Hotel boys in KL can earn up to RM1,600 or more (including tips) per month while their counterparts in KK would take less than RM1,000! We clearly have an economic system which is topsy-turvy, unfair and, to be honest, repressive!

And to make the whole situation even worse, we are being robbed off our natural resources which by now should have made extremely rich – our oil and gas, our lands (taken by Felda and Felcra), and our taxes which are in the billions per year.

Personally, even crying tears of blood wouldn’t be enough consolation for what Sabahans are losing and suffering from, and I can’t wait for the day when all these will be reversed, when justice will at last save Sabah from a bleak future.