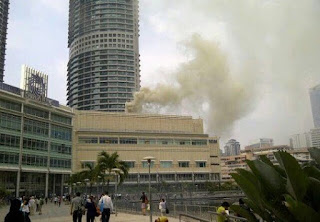 HUNDREDS of people were evacuated from KLCC on Thursday as a result of a small fire in a restaurant on the concourse level of the building. Firemen received a distress call at about 5.25 pm and arrived within minutes.

Several people saw smoke coming out of the restaurant and alerted the mall security, said a spokesman for KLCC management.

Shoppers and office workers were among the first to be evacuated followed by retailers who closed their outlets. No injury or casualty was reported. 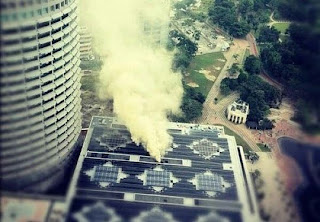 Four fire-engines from the Pudu, Hang Tuah and Jelatek stations with 30 firemen arrived at the scene within 10 minutes and doused the fire and smoke coming out from the smoke ventilator at the roof top, while the fire in the restaurant's kitchen had already been put out by its workers. The cause of the fire was still being investigated.