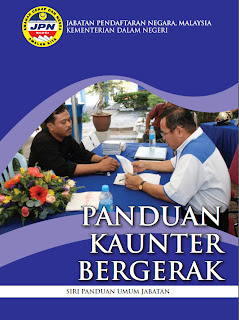 THE STATE National Registration Department (NRD) has no plans to stop the late birth registration exercise in Semporna.

However, it would now focus, instead, on registering students without birth certificates in the respective schools in the district. Its Director Ismail Ahmad said as for those not going to school, they should go to the NRD office in the district.

Ismail also clarified that the statement by Deputy Home Minister Datuk Wira Abu Seman on 40,000 without birth certificates applied to the whole of Sabah and not just in Senallang state constituency.

"I hope the media get their facts correct as irresponsible reporting could unnecessarily incite the public," he said, stressing that what he stated as published was that only 3,067 were registered without birth certificates in Senallang.

Nevertheless, he said, the said figure referred to only those who had registered and who would be subject to screening. Applications would be rejected if they do not meet the strict conditions.

Meanwhile, Minister in the Chief Minister's Department Datuk Nasir Tun Sakaran, also said the Home Minister's directive was to register local children not only confined to Semporna but statewide.

He pointed out that such directive was for local students already enrolled at various schools in Sabah but were without birth certificates.

"I believe the figure 40,000 given by the Ministry is just an approximate and not final as all applicants had to go through strict screening by NRD as well as by the Ministry," said Nasir.

Thus, he urged certain quarters not to erroneously jump to conclusion that Senallang had 40,000 children without birth certificates.

He said Semprona constituency comprising Senallang, Sulabayan and Bongaya had a total of about 40,000 voters while the population was about 100,000 including children. "So Senallang having 40,000 registering for late birth certificates is unbelievable."

He said all school children who come forward to apply for late birth registration are accompanied by parents. If the parents cannot produce valid documents such a genuine ICs or prove they are Malaysian, its impossible for NRD to entertain the application.

"So do not accuse NRD of simply issuing documents as they like," he said adding that the Government has the noble intention to help children born to Malaysian parents without birth certificates.

Nasir said Semporna constituency has about 49 islands, of which about 20 are occupied and most are very far away. For transportation to the mainland they depend on their traditional boats called "Lepa Lepa".

Nasir said normally during enrollment into Primary One birth certificates are not mandatory.

However, when they are in Primary Six and sit for examination they required to furnish birth certificates and the problem starts when parents could not produce them.

According to him from Feb. 29 to March 23 some 4,112 applications were received by NRD for birth and late birth certificate while 1,112 applying for MyKad and 446 for Malaysian citizenship for the whole of Semporna.

On suggestions, including by Foreign Minister Datuk Seri Anifah Aman, that the NRD Mobile Service in Semporna be stopped immediately, Nasir said, "I leave it to the Home Ministry as they have the authority to carry out or stop it".