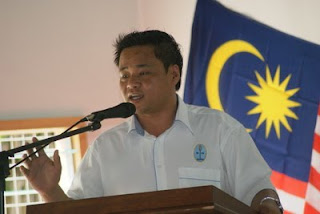 He said all the people obtained was the effect and impact of Yong's action in approving about 55,000ha of land to two giant companies.

Yong's act in sidelining people in Kuamut was a big blow to the people who are strong supporters of the Barisan Nasional (BN), he said.

At this juncture, Likas Assemblyman, Datuk Liew Teck Chan, stood up and stressed that Yong during his tenure as Chief Minister had issued 48,000 land titles to the people throughout Sabah, majority of whom are natives.

"But Yong never approved a single grant to the people in Kuamut. In fact, the effect of him approving huge lands in Kuamut to the companies can still be felt by the people in the district," he said.

He said Yong now goes everywhere in Sabah trying to paint a picture that he is a hero for defending NCR lands.

On the other hand, Masiung said the people have high confidence in Musa to resolve the people's land issues.

Thousands of people are involved in the issue, he said, adding that he does not wish to see local children being treated as "foreigners" in their own land.

On this, he expressed full support to the communal title so that the land stays with the people for generations to come.

Further on land issues, he said the opposition was instigating the people to go against the government.

However, he said his main concern is the greed of huge companies to amass lands in Sabah. (DE)