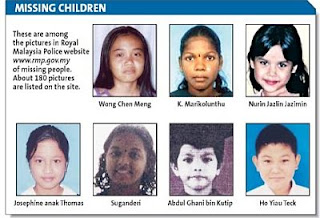 THE NUMBER of cases involving missing people in Malaysia has increased to a worrying level, with an average of two people reported missing daily nationwide.

From this number, a staggering 3,226 were teenagers between 14 and 17 years old.

"A further breakdown revealed that 1,202 were girls," he said in an interview at the Grand Dorsett hotel in Subang Jaya.

Comm Bakri revealed that from the 3,226 cases, a total of 1,742 teens returned home while another 1,484 are still classified as missing.