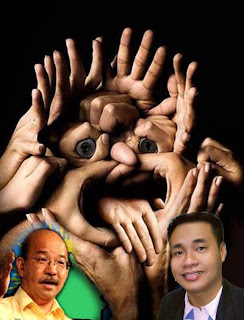 REFERRING to the unwarranted attacks by the assemblyman for Kuamut against me in the legislative assembly as reported today:

During my brief term as CM, thousands of Native Titles (NTs) were issued to natives in Kinabatangan (which include Kuamut) and elsewhere, some of which were personally handed over by me to the natives in the presence of local YBs.

It seems that Bernard Dompok, in his nine months as CM after me, has continued to hand over some NTs issued by the Land Department special task force.

As is known to the public, the powers to approve land and forests were transferred from the Chief Minister to Cabinet on 17 June 1996, three weeks after I was appointed Chief Minister.

These two top UPKO leaders were senior members of the Cabinet when I was Chief Minister from 28 May 1996 to 27 May 1998 and were fully involved in cabinet decisions, including setting up the special task force to issue land titles to kampong folks. Bernard Dompok took over from me on May 28, 1998.

The Kuamut YB should be careful in not being used by UMNO to belittle his party leaders Tan Sri Bernard Dompok and Datuk Wilfred Bumburing, because UPKO has been rocking the BN boat by making noises about the RCI on illegal immigrants.

As for companies being approved land in Kuamut, a major shareholder was KCCI (Kadazandusun Chamber of Commerce and lndustry) led by UPKO leaders, one or more of whom are directors of the company. These are the leaders who should speak up, not the current Kuamut newbie YB.

In any case, until recently, there was no problem with NCRs (Native Customary Rights) over lands settled by natives. This was because any land that is approved by the State Government to anybody was still subject to the prior right of NCR existing on the land concerned.

The government must urgently resolve the land grabs and evictions of natives from forest reserves as a result of the present State Government's legal invention that NCRs would not exist after 1930. There are seven lawyers (Pairin, Yahya, Masidi, Azizah, Ewon, Yee, Raymond) in the State Cabinet. Why is such a legal issue unresolved for so long?

The UPKO Kuamut YB should not be used by UMNO to cover up land grabs and forcible evictions of natives from forest reserves which never happened before until recently.

Instead, the Kuamut YB should ask the present CM and Cabinet to answer the hundreds of cases of land grabs and eviction of natives from forest reserves all over Sabah.

Like the RCI on illegals and the rampant issuance of birth certificates and Mykads to illegals, in Semporna and elsewhere, the party with the most to lose is UPKO. Yet, the Kuamut YB has allowed himself to be used by others to cover up for UMNO by attacking others.

This is so similar to the Saham Amanah Sabah fiasco performed by PBS's Yee Moh Chai. Such puppetry by UPKO and PBS only serves to embolden the real culprits.