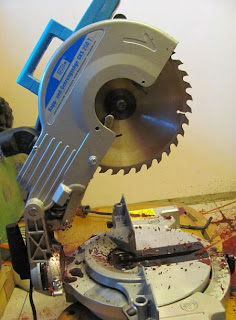 HACKED.....Hans Url hacked off his own foot to avoid work.

WHO would hack off any part of their own body just to render themselves invalid? Apparently, an unemployed Austrian man would.

Hans Url, 56, sawed off his own put and threw it in a furnace so that it cannot be reattached, then called the paramedics who arrived to see a nearly dead man bleeding to death.

Url, who is receiving unemployment benefits, was due to undergo a medical examination to certify he really is "too sick to work".

Afraid that he may not pass the test, Url thought the unthinkable and took measures into his own hand, or foot in this case.

"He waited until his wife and his adult son had left the house and he was alone.

"He then switched it on and sliced off his left foot above the ankle - throwing it in the fire so it would not be possible to reattach it before he called emergency services.

"He then made his way to the garage where he called emergency services and waited for them to arrive." 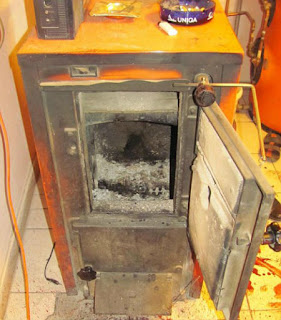 THREW....Url threw his foot to make sure it's damaged and cannot be reattached.

He was airlifted to hospital and almost died en route from massive blood loss. Doctors could not reattach the badly charred appendage and "could only seal the wound".

Feldbach AMS job centre spokesman Hermann Gössinger said: "This is a tragic case but it will not help the man."

"His latest excuse had been a bad back which is why he had been sent for a medical.

"But even now losing a foot does not automatically mean he will not be able to work. He will be assessed once he is out of hospital and we will see what work we can find for him."

Url, who regrets the incident, has been unemployed, with brief stints of work, since 2003. (Agencies)