ANOTHER COWBOY TOWN IN SABAH? 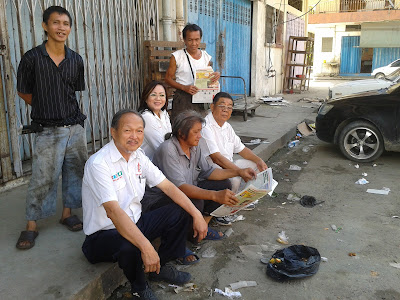 TAMPARULI town in Tuaran District is truly dirty and full of rubbish on the street. The drains are blocked and smelly water clogged on the road. The rubbish bins spilled over with rubbish spread all over the road. It is very unsightly. The people surrounding the area were very angry about the district council for not taking care of this in spite of numerous complaints made.

This was observed during a walkabout conducted by the Sabah DAP in Tamparuli, Tuaran. The team was led by the Tuaran branch chairman Peter Liew Fui Ken with the KK MP Hiew King Cheu, Edward Ewol Mujie, Noriah Onong, Andrew Lee, Robert Rajah and the DAP members from Tamparuli.

Many people were complaining about the problems in Tamparuli town, and the most common one is about the rubbish and the cleanliness of the town and the birds (swallow) dropping the shit dirtying the town and causing pollutions.

The birds are on the increasing and the people wants the district council to do something about the birds before it turns out to be like the one in the Kota Belud markets. The road which is constantly flooded with foul water is needed to be attended to and it is simple to drain off the water to keep the road surface dry.

There should be a rubbish cubicle for the collection of the rubbish and not allowing the rubbish being dumped and spread out on the road. The council workers should have no problems to solve this problem and it would not cost a big sum of money.

Besides, the people also complained to the DAP that the many bad roads here are needed immediate repair before them become impassible. The roads were built poorly and that is why they became broken up so quickly. They said their cars are being damaged by these bad roads, and who is to pay for the heavy maintenance cost. 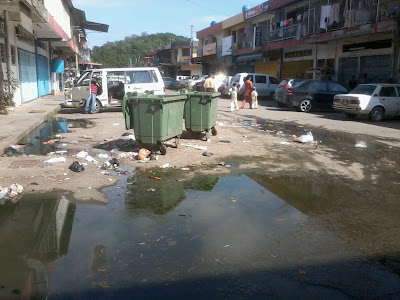 Peter Liew said he had been calling SESB concerning the frequent power breakdown in Tamparuli and the surrounding area. The people here are really angry about the power failure especially they are in urgent need like going on line, cooking, and doing their workshop work.

They said this is not acceptable and they are suffering deeply most of the time. They want SESB to guarantee a steady supply and no interruption of power supply.

Mr. Chong of Tamparuli complained about the few dead trees along the road towards Ranau just passing the round about going up hill. He said the dead trees can fall down and endangering the road users and the power cables.

The authorities seem not bordered about these dead trees. They should come immediately to clear away and to protect the people. He said that the people with the authorities must have received reports or seen the dangerous situation, but why no action taken. Don’t wait until mishap happen then coming to do the remedial work, and then it will be too late. (DAP Media)
Posted by sabahkini.net at 12:23