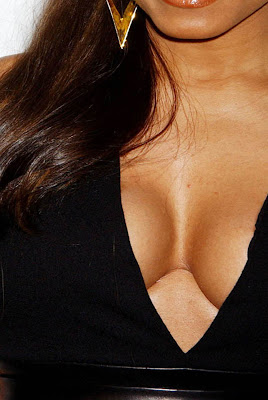 PETALING JAYA: It has to be the latest trick in town steal, then strip and shout your way out of trouble. Hawkers and traders at SS2 here have encountered cases where a group of Vietnamese women robbed their customers and flashed their breasts to 'stun' the victims while they escape.

Recounting an incident when a woman was caught stealing a customer's wallet, hawker Chow Kwai Chet, 41, said: "She quickly took off her top and she was braless. She then screamed 'Molest!' which threw my husband who was pursuing her off guard."

Earlier, he had tried to nab the petite woman, believed to be a Vietnamese in her 30s, when she was caught stealing his wallet.

The woman tried to remove her bottoms, too.

Another hawker, Leng Chin Huat, 46, said the women would usually come in a group of three to four individuals and were believed to be part of a syndicate.

He said they managed to apprehend three Vietnamese women for stealing and had handed them over to the police.

"However, the police had to let them go as they could not find the stolen items on them," he said.

SS2 Morning Market Traders Association chairman Khor Choon Seong, 27, said the women would only take the money and not the credit cards.

"They would then throw away the purse or wallet. Customers would only find out that they had been robbed when they wanted to buy something," he said.

Chong said the incident usually took place during the weekends.

He advised the public to limit the amount of cash they carried with them and to keep the money in their front pockets.

Chong also reminded the public not to believe the claims stated in flyers that were being distributed, alleging that a Thai monk could help them predict winning lottery numbers.

"The flyers would usually display the name of the monk' and offer millions of dollars in prize money," he said.

"In the past two years, I have received eight cases of people falling prey to such scams," he added.