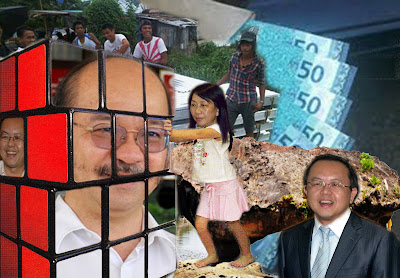 CANDIDATE.... Former SAPP co-founder Tham Nyip Shin was coy about talk that he would be a candidate in the 13th general election.

Tham, 53, who dropped out of politics eight years ago after he was not picked to defend his Elopura state seat, is said to have been wooed by parties on both sides of the political divide.

Met at a private dinner function here on Friday, the former Sabah Progressive Party (SAPP) co-founder was coy about talk that he would be a candidate in the 13th general election, expected to be called anytime.

“In politics, anything is possible,” said Tham. “I am weighing my options for now and perhaps in a few weeks’ time if you ask me the same question, I may have a more definite answer.”

He admitted that he had met with representatives from both the ruling Barisan Nasional coalition as well as the opposition in the state capital, as well as in Kuala Lumpur during a business trip there recently.

“I was approached. I told them I would consider their invite but made no promises. After eight years in the political wilderness, there are many things to consider first before I make a decision to come back or stay away from politics for good.

“But don’t ask me where I am going to stand or on which party ticket. It could very well be in a seat which is away from my traditional stronghold in Sandakan and the party I join could catch you all by surprise.

“So let’s just wait for the time being. Let me consider the matter seriously and in due course I will give you all my decision.”

Now a businessman with extensive local and regional business establishments, Tham made his political debut in 1985 as a Parti Bersatu Sabah (PBS) candidate at the age of 26, defeating his more senior Berjaya opponent Yap Pak Leong by 171 votes in the watershed state elections that brought the former opposition party to power in Sabah.

Together with his former PBS colleague Yong Teck Lee, he helped form SAPP in 1994 and retained the Elopura seat by beating a PBS candidate and in 1996 he was appointed deputy chief minister, a position he held for seven years. 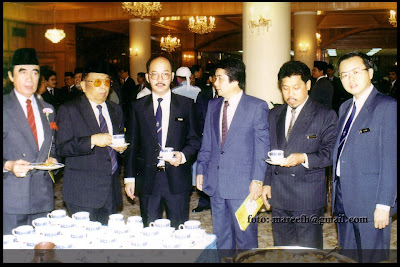 After his retirement from active politics in 2004, Tham was appointed as the Science Advisor to the Sabah state government.

Resigning from the party after SAPP withdrew from the BN coalition in 2008 he said: “It has always been my intention to serve the people through the government.

“I made the same decision in 1994, leaving Parti Bersatu Sabah and formed a party to join Barisan Nasional because at that material time, BN still ran the federal government. Today, I hold the same principle,” he told reporters then.

Tham is known to be close to Chief Minister Musa Aman and helped campaign for the BN and former rival PBS whose candidate Linda Tsen beat his former colleague Yong in the 2010 Batu Sapi by election.

He is also a close friend of former Gerakan president Tun Lim Chong Eu, Tun Lim Keng Yiek and current President Koh Tsu Koon and is said to be in regular contact with the Minister in the Prime Minister’s Department. Tham is not a member of any political party at the moment. (FMT)
Posted by sabahkini.net at 07:06