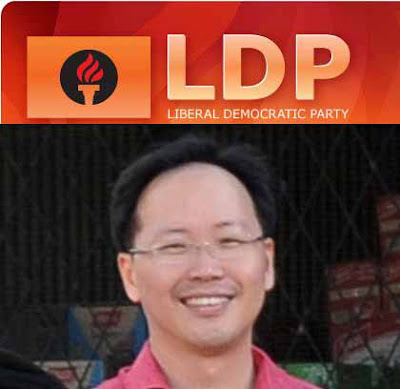 Teo, who is Liberal Democratic Party (LDP) Tanjung Aru division chairman, said there are only 12 Chinese people representatives out of the 60 state constituencies.

He said when he other leaders held several dialogues at areas populated by Chinese community in Sabah recently, they found that there were no people’s representatives in those areas.

“In the dialogues, we found that if there were people’s representatives in those areas, a lot of issues faced by the Chinese community can be solved,” he said at the LDP Tanjung Aru and Petagas joint annual divisional conference here yesterday.

He hoped that re-delineation would be carried out in the said areas to enable more Chinese to contest, which subsequently would better serve the Chinese community in those areas.

In his speech, Teo said LDP started as an opposition party when it was established 23 years ago. However, the party joined the Barisan Nasional (BN) in 1991 as it believed that both the state and federal governments should have a good relationship in order to effectively develop Sabah and to bring the greatest benefit to the people.

Although BN has 13 component parties, each party having certain issues that they champion for, Teo said the direction of BN remained the same.

That is, under Prime Minister Datuk Seri Najib Tun Razak’s leadership, Malaysia was working towards being an high-income nation, creating an open, developed country and ensuring harmony among races, he said.

On the contrary, Teo said it would be difficult for Pakatan Rakyat (PR), a coalition of Parti Keadilan Rakyat (PKR), Democratic Action Party (DAP) and Pan-Malaysian Islamic Party (PAS), to formulate policies or govern the country as each of the component parties has different stands.

Teo said PR could not keep saying that they agreed to disagree and having different policies for PR-governed states.

“We should fully support Najib’s leadership in BN and hope for a bigger victory to enable our Prime Minister to have the mandate in implementing fair and open policies.” (BP)
Posted by sabahkini.net at 03:10