BN MOCK UP STORY TO COVER THEIR FAILURE 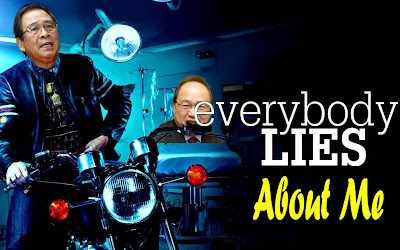 THERE is no truth in the allegation made by certain BN leaders especially those from UPKO that says I quit UPKO and BN because I am not chosen by BN as candidate to defend the Tuaran seat for BN in the coming general election.

In fact prior to July 29, 2012 when I and a few other UPKO leaders officially declared our decision to leave BN, I have met on at least eight occasion with Tan Sri Bernard Dompok and held discussion with him on the possibility of consenting to the 'silent' wishes of the UPKO grass root members for UPKO to leave BN.

And at least on three of this occasion, Tan Sri Bernard insist on me to stay put in UPKO and personally asked me to stand in the Tuaran Parliamentary seat and defend the seat for BN. However, by then I have already made the decision to leave UPKO and BN.

On another allegations that it was because I lost the Divisional Chairman post in the election of UPKO Tuaran divisional committee members, again this is totally untrue. Prior to the Tuaran UPKO Divisional General Meeting in 2011, I was told by the nomination committee that I have won the Chairman post uncontested.

I rejected the nomination and asked the nominating committee to conduct another nomination exercise. Also for the same reason that I refused to be nominated as BN candidate for Tuaran constituency.

“It has been widely stated that the whole issue of me and my colleague in quitting BN is the failure by the BN Federal Government to resolved the issues of illegal immigrants and the extraordinary population increase in Sabah over the last two decades.

However, I wish to state here that the issue goes beyond that of illegal immigrants and the establishement of RCI to resolved this issues. Other issues of great important is the failure of the State BN Government to resolve the NCR issues; also natives who have been trapped in the forest reserves that have been placed under the Forest Management Units (FMU) threatening their very livelihood; distribution of welfare aids which have not been properly implemented and carried out fairly.

To top this all is the failure of the Federal BN Government in respecting the Malaysia Agreement of 1963 and the 20-points that specifically guaranteed to respect the sovereignty and independence of Sabah as a State within the federation of Malaysia.

Guarantees that would have protected the rights and privileges of the Natives in Sabah. The Sabah natives have now been outnumbered by illegal immigrants; there are natives in the interior of Sabah who have been put through a lot of hardship in order to get their birth certificate registered and obtain MyKads, yet at the same time illegal immigrants are issued with Mykad at an alarming stage.

Our hospitals and market places are filled with illegal immigrants many of them claiming to have ICs. As have been previously stated, 80% of crime incidences in the State are attributed to the illegal immigrants.

All these are blatant disregards by the Federal BN Government to the sovereignty of Sabah as a State within Malaysia as provided and guaranteed in the Malaysia Agreement 1963.
Posted by sabahkini.net at 02:06