DO AWAY THE DEATH SENTENCES 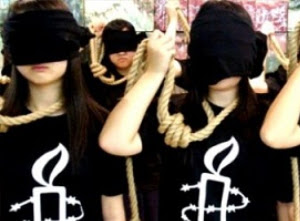 Karpal even went a step further calling on the government to hold a plebiscite to obtain a nationwide public opinion on the contentious issue.

“It’s important to have a strong public opinion on the issue by holding a general election typed referendum,” he stressed.

While Jagdeep described death sentence as “inhumane”, Karpal said it was time the government to save the judges from his agony having to “kill” a person for a crime.

As a human, Karpal said it has always been extremely difficult for a judge to alone pass a death sentence on a fellow human.

“I can understand the judge predicament,” he said.

Although he is against mandatory death sentence, Karpal however, conceded the rights and justice for the victims and their families must also be considered in any decision-making process to abolish it.

He said for instance victims and their families would cry for the blood of offenders in child molesting or rape cases.

But then, he argued medical evidence could be produced to prove such offenders were in unstable mental state when committing the crime.

He said he would prefer life sentences than death penalties.

Both father and son favoured an abolishment, concurring that “death penalties have never proven to be a deterrent factor against crime.”

Both argued the drug trafficking cases were always on the rise despite death penalty, which was introduced for the offence in 1983.

Amnesty International has called on the Malaysian government to go one step further on its moratorium on the death penalty for drug pushers, by getting rid of the hangman’s noose altogether.

Jagdeep said many developed countries had done away with death penalties due to rapid development in crime sciences like the DNA tests.

He said recent studies in these countries had discovered wrong decisions in some of the past “death penalty” cases.

In some cases, he said person convicted and sentenced to death for a crime was later found “wrongly convicted.”

“We can’t reverse the judgment. We can’t bring back the person alive,” he said, adding that the local legal profession had always fought to end the “eye for an eye” punishment.

He said the real intention of sentences was to rehabilitate a person not severely punish him.

“Of course a crime offender must pay. But is it right for another person to kill the offender?” he said.

Instead of having death penalties, he said the government should be more pro-active in its efforts to educate the public against committing crimes.

Minister in the Prime Minister’s Department Nazri Abdul Aziz has said recently that the Attorney-General’s Chambers was studying the removal of the death penalty for drug crimes.

He has said that he would notify Cabinet of a moratorium of all those convicted of drug-trafficking offences in Malaysia.

According to Nazri, about 86 Indonesians and nearly 900 Malaysians were on death row here; many of whom were connected with drugs.
Posted by sabahkini.net at 01:36