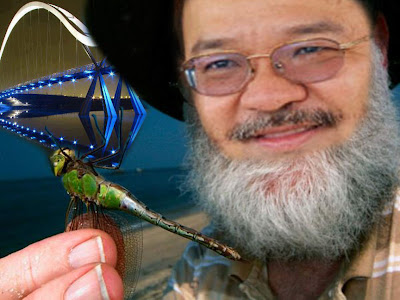 KOTA KINABALU: The nine-hour shutdown of Kota Kinabalu International Airport (KKIA) stranding thousands of out and in-bound passengers on Thursday has breathed new life into demands that a bridge be built connecting Labuan island and its airport to the Sabah mainland.

The Sabah Progressive Party (SAPP) said a second international airport link within driving distance from the state capital such as in the international tax haven would raise the economic profile of both destinations.

Besides this, with the construction of a bridge linking Labuan and the mainland, the journey to the state capital would be shortened.

Party President Yong Teck Lee made the proposal when commenting on the embarrassing closure of the KKIA on Thursday due to malfunctioning runway lights.

Thousands of passengers were stranded when the runway lights at the KKIA suddenly went out at 6.20pm causing all incoming flights to be diverted to the Labuan airport.

Among those passengers affected were Plantation Industries and Commodity Minister Bernard Dompok, who was forced to make an unscheduled stop in Labuan, while Sabah Youth and Sports Minister Peter Pang had to abandon his plan to fly to Sandakan.

Yong questioned how such a serious malfunction could take place at such an important facility without any back-up in place and who would compensate those affected by the foul-up.

He said the disruption highlighted the absence of essential infrastructure in the state.

“If the two facilities were in place, the massive damages and inconvenience of this nine-hour shutdown of Kota Kinabalu International Airport could have been alleviated.

“Passengers (of flights) that were diverted to Labuan could have driven back to KK and other mainland destinations,” Yong said in a statement issued here today.

Report to be made to state cabinet

Yong had been a proponent for a Labuan Bridge which he said would have a huge economic and social impact for Labuan and Sabah but this was rejected by Deputy Prime Minister Muhyiddin Yassin in 2010.

Meanwhile, the state government has ordered a full investigation and explanation for the cause of the flight disruptions on the eve of Hari Raya Aidiladha holiday.

State Tourism, Culture and Environment minister Masidi Manjun said he expected Malaysia Airports Berhad and the Civil Aviation Department to explain the incident to the state cabinet at its next meeting.

“There is still no certainty if the runway lights problem will be solved and this is an issue of great concern to Sabah. This should nudge those in authority like the Transport Ministry and MAB to immediately take action and ensure it does not happen again.

“KKIA is the busiest airport after Kuala Lumpur International Airport and it is quite unthinkable that its operations could be knocked out by runway light problem with no apparent back up contingency plan,” he told the media.

About 40 flights were disrupted on Thursday affecting about 5,000 passengers.