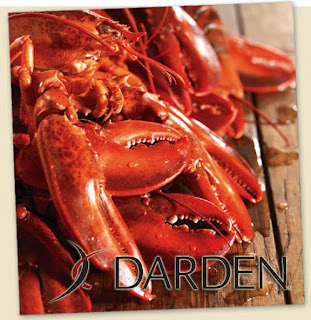 A US-MALAYSIAN consortium is developing the world's first integrated lobster farm off the east coast of Sabah.

Darden, which is ranked 332 on the Fortune 500 list, will also located its regional restaurant management center in Kuala Lumpur.

Ever Nexus said in a statement today that the ILAP was a revolutionary idea that will make Malaysia a world leader in sustainable lobster aquaculture.

"We're the first in the world to start a lobster farm with a lobster hatchery," Ever Nexus representative Sharizal Sharaani told The Malaysian Insider. "There are other lobster farms but they take the seeds from the wild."

Florida based Darden, which owns the popular Red Lobster chain of restaurants, has a buy-back policy to take up the output from ILAP.

Of the 9,300 hectares of sea space covered by ILAP, which is about one-third the size of Kuala Lumpur, 6,000 hectares will be allocated for commercial lobster production.

The project is expected to bring some RM2 billion in investment and create some 9,000 jobs by 2020.

Darden said in a statement that it invested in the Sabah project with an eye on sustainability as the world's demand for seafood has exceeded the ocean's natural capacity.

"We are extremely grateful for the collaboration and commitment of our Malaysian partners, Ever Nexus and Yayasan Sabah as we prepare to enter the commercial phase of our venture," said Bill Herzig, senior vice president of purchasing and supply chain innovation at Darden.

It is learnt that Singapore was also one of the locations considered for Darden's regional restaurant management centre before Kuala Lumpur was picked.