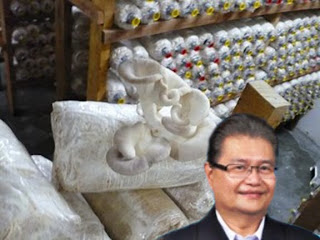 SABAH DAP Parliamentary Liaison Chief for Keningau and Tenom, Dr Benjamin Yapp announces that he has planned to undertake an innovative, strategic plan under Sabah DAP State Rural Development Bureau to offer ‘Agro-Enterprise’ and socio-economic development programs, aimed primarily to help the rural communities, particularly from Keningau and Tenom Districts to participate in the Rural development programs towards eradication of poverty among the hardcore poor and poor.

Dr Benjamin, a visionary leader who is also the Chairman of Sabah DAP State Rural Development Bureau stated that Sabah DAP CAN be pro-active eventhough we do not have access to the resources as opposed to the BN Government.

What more if the party is in the Government, we can do much better and we are willing to sacrifice for the interest and benefits of the people. Sabah DAP practises Transparency, Integrity, Good Governance, Efficiency and Effectiveness, Responsibility and Result!

As true leaders, we must play an active role to take positive steps towards implementation of the various socio-economic development programs for the benefits and interest of the people.

He welcomes those rural communities who are interested to become members to come forward and join this State Consumers Cooperative movement, which is non-political and everyone regardless of his/her affiliation in any organization can join us!

Bank Rakyat Malaysia Bhd and Agro-bank are willing to finance the Co-operative society rural development projects in view of the abundant of natural resources and suitable lands for agriculture and farming projects in the interior said Dr Benjamin Yapp.

Those who are interested to take the opportunity to participate in the State Consumers' Co-operative movement can contact our interior Mobile Service Hotline SMS: 013-8749345/019-8017728 or, email to: sabahdapkeningau@ymail.com.

Application for new membership 2011 intake for Koperasi Pengguna Sabah Berhad commences in January 2011. The quota for first batch membership in Keningau and Tenom is 50,000 members for 2011.